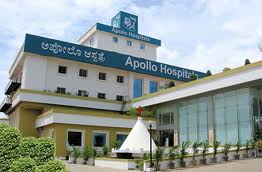 BANGALORE — During a recent tour of the famous Apollo Hospital, the first thing that jumps out was that it is a very busy place. There are literally thousands of patients. This hospital delivers a ton of medical care and service, mostly to locals.

But 8% of the traffic comes from medical tourists from the Middle East, Africa, Europe and the UK. There is “a trickle” from the U.S.

That’s interesting, because Apollo was the test site for a medical tourism experiment by Blue Cross and my company, Serigraph, two years ago. There were no takers, even though surgeries like hip replacements are so inexpensive that we offered them free to any employee who made the 8000-mile trip.

The wide variation on prices in the states demonstrates an undisciplined marketplace – or rather the absence of a marketplace.

The marketplace is at work in India, where only 5% of doctors work for the government at public hospitals for the poor. Most primary care is out-of-pocket to consumers.

The advertising in the lobby of Apollo, a public, for-profit company, is filled with signs, banners and materials to portray the hospital as cutting edge. It advertises a 320-line CT scanner (far beyond what’s needed for daily practice), its first heart transplant in 1995 and off-pump or “beating heart” bypass surgery for more than 90% of bypass operations.

Those facts demonstrate that Apollo is competing, as should any hospital, on quality, not just price. Apollo spokesmen mention often that the Joint Commission International accredits the Bangalore facility and that many of its doctors trained in the west, including at Harvard.

This kind of quality competition from Apollo, however, is nowhere near where leading-edge providers are going in the emerging marketplace in America.

The heart operations at Aspirus in Marshfield, Wisconsin, and the Heart Hospital of Wisconsin in Milwaukee now show patients and payers their low rates for infections, readmits for bad outcomes, deaths and clots.

The Orthopedic Hospital of Wisconsin in Glendale goes further. It shows those metrics – infections are down to 0.2% of procedures. It has even offered a warranty to one large payer. If a surgery goes wrong, the re-do is free. Serigraph will be asking for the same kinds of warranties. That’s our brand of value-based competition.

That’s what can happen in a marketplace when a hospital is confident in the consistency of its outcomes. You don’t give warranties if you have a shoddy product.

Back to Apollo. It displayed a thick brochure on its quality and lean efforts. All the templates were in place and the descriptions about its quality/lean journey since 2009 were there.

Missing, though, was the data on outcomes, as now offered by some Wisconsin providers.

Apollo chooses to compete on its tall reputation, and clearly not on its edifices, standard practice in the pricey United States. Its sign on the front entrance had lost its “O” and read “AP_LLO.”

Apollo doctors’ offices are small. Multiple patients are assigned to rooms, though there are some executive rooms at $140 per day. The emergency room was packed.

Price is the main draw for foreigners. A coronary bypass goes for about $8000, about 20% of retail charges here. Apollo’s concierge service for catering to foreigners has a great reputation.

That’s a great buy if you are looking for price only. But value is the combination of price, service and quality.

The Bangalore hospital would be unbeatable if it published quality outcomes equivalent to those of the specialty hospitals of Wisconsin.