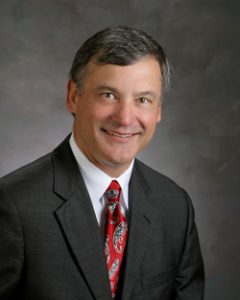 With both houses of Congress and the Oval Office in Republican hands come January, the GOP will have no excuse for not reforming the delivery of health care in America to their liking.

Before they start down that road, though, they need to come to a basic understanding of the root cause of the nation’s crisis: it’s the costs of care that are out of control.

Republicans and Democrats alike, and their policy advisors, cite high premiums and incomplete access as major issues, but fail to make the connection between costs and prices and then high prices and poor access. The higher the costs/prices, the lower the access. Duh! But did costs come up in the two-year presidential campaign? I didn’t hear it.

The price of health care for the average employee now ranges between $17,000 and $27,500, depending on the plan and who’s counting. Those high numbers are enough to wreak serious damage on the solvency of businesses, government and households.

A small business person called me last week to say that his premiums for his 14-person work force had taken a huge jump to $22,000 apiece. That’s an absurdly high number. He was in a quandary on what to do.

I figure that the health care industry, providers and insurers together, are taking at least $5,000 too much from each American household because the busted model for the delivery of care. Restoration of that $5,000 would go a long way toward giving the angry, left-behind voters who went for Trump a sense of forward economic momentum.

Fortunately for Republicans, as they set out to repeal and replace Obamacare, the private sector has hewn a path that shows the right way to reduce the underlying costs of care. Note: It’s not about reducing coverage or the quality of care. Just the opposite.
The other major insight the Republicans need is that they should not look to health insurers for major reform. They are middle men. They play the safe middle ground. They don’t reform. The real reformers have to be the ultimate payers, namely employers and consumers.

Here are some of key ingredients that the GOP must bake into its reform:

• Greater use of HSAs or HRAs (tax advantaged savings plans), attached to high deductible plans. Since it is a consumer’s own money, they immediately cut down on unnecessary utilization – with savings of 20% to 30%. That is proven stuff. Further, it is a GOP-created tool.

• Buy medical treatments under all plans, private or government, with “bundled” prices. That is an all-in price that people, can understand, like $2200 for a colonoscopy or $26,000 for a knee replacement. That ends the consumer fraud that is enabled by incomprehensible bills with multiple line items. Savings can be 50% or more for any elective procedure. Private companies and Medicare have already started down this road to transparency and price competition.

• Offer free or low cost primary care at “medical homes” as part of all plans so chronic conditions — the big cost drivers — can be caught and treated early, before they require horribly expensive hospitalizations. Proactive primary care, preferably right at the work site, cuts costs by 20% to 30%. Again, that’s proven stuff. QuadGraphics has proved it over three decades of best practice.

• Don’t mess with employer-based plans, which are more cost effective than government plans. Offer subsidies or refundable tax credits to people without jobs through HSAs or HRAs.

• Grant immediate waivers so states can manage Medicaid through block grants. Enable the states to install consumer-driven plans with HRAs. Poor people will react the same as other people on becoming better consumers. If it is their money being spent, not simply a handout, they behave differently. Cost control is all about behavior change.

• Certify hospitals for lean disciplines and operations, just as private manufacturing companies have long been certified. Our customers demand lean operations. Cost savings are enormous. John Toussaint of Theda Care in Appleton can show the way; he is the world leader in lean for healthcare. Not all the experts are on the East Coast (those are the smart guys who gave us Obamacare and lost the election for Democrats).

The Republicans will want to “reform” insurance features under Obamacare, even though they have little to do with cost reduction.

They will get rid of the mandate on individuals to buy insurance and the associated penalties.

They will get rid of the 40% “Cadillac” tax on family plans priced at more than $27,500. Best practice in the private sector is about $12,000 with drugs and dental included. How can any plan spend $27,500 except through gross mismanagement?

They will allow health insurance to be sold across state lines, which will do almost nothing to lower costs/prices of plans.

They will reestablish high risk pools to get the sickest people out of the general insurance pools and thus lower overall rates. We had such a pool in Wisconsin before Obamacare. It was paid for by a tax on insurers that was passed on to consumers in general.

All that insurance reform needs to happen. But it just tinkers with the real problem: the soaring costs. The Republicans have the political power and the blue print (the red print?) to get reform right this time around.

At $3 trillion for a national health care bill, about one-fifth of the economy, they have to get it right.