Most business owners and managers I talk have written off the balance of 2020. They are just trying to stay alive until the new year. 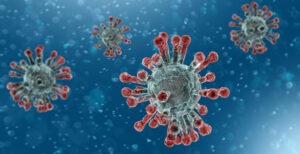 I’m by nature an optimist but I have no assurances for them that a major upswing in the economy will happen before then. Most guesstimates about a vaccine for Coronavirus19 are for it going into board scale usage in mid-2021 at best.
And we all know the economy won’t get back to full swing until the vaccine is widely available.

We also know that re-opening in the near term will succeed or fail depending on how much the American people are willing to take small steps like masking up, keeping six feet of distance, sanitizing surfaces, not travelling, avoiding large crowds and packed inside spaces, testing when symptoms arise and tracing and quarantining after positive cases are identified.

Most businesses, like Serigraph, are doing all of the above. They want to operate. They want to stay solvent. If they have to put up with some clumsy safety practices, it’s an acceptable trade-off to closing the doors or scaring off the more careful customers.

Their efforts are negated by the “me-firsters” who make bogus arguments that their rights trump those of most people in the community. The anti-maskers are in a vocal minority and proud of it. Nobody is going to tell them what to do, not even the smartest doctors in the land who have spent their careers studying viruses. Some bars are still packed and not masked.

I can’t remember meeting a doctor who didn’t agree with the anti-virus protocols.

A responsible example is “The Bend.” (Disclosure: I’m on the board.) The beautifully restored historical theatre in downtown West Bend has taken very proactive measures, including masks inside and spacing patrons a full row apart. Its managers are opening deliberately with small groups. It seats 360, and the bigger crowds to date have been 40 to 50. The theatre is working to build community confidence that is as safe as a theatre can be. There have been 26 small audiences since the step-by-step reopening starting in June. So far, so good.

The theatre has also organized small concerts with the county in Sandy Knoll Park with the all-important summer beer garden. Because the patrons have the safety of being outdoors and spaced out, the events have gone over well.

Safety is always the key to a workable reopening in all kinds of companies.

A lot of local businesses have been helped greatly by the federal Payroll Protection Program (PPP). There have been some minor criticisms of the multi-billion program, but those are far out-weighed by keeping many companies afloat and their employees working and getting paychecks. In some cases, the extra funding meant the difference between survival of a business or not.

Who knew the federal government could get something right? Who knew the Congress could act in a bipartisan way? It apparently it takes an extreme crisis like we faced last spring.

Many local banks also get kudos for getting the loans done.

Now that the economy has shrunk to something that has been described as a “new normal,” the fierce partisanship is dividing and stalemating the nation again. That’s against a reality that 12% of Wisconsinites are without a job, up from the low of 2.9% last year.

The hard truth is that the longer the virus recession goes on, the more business will fail. Smaller companies, and some large corporations, have only limited staying power on their balance sheets. Young companies are especially vulnerable.

Most of the political debate is about the size of the safety net for out-of-work citizens, not about getting companies up and running again beyond the first PPP loans. Both parties are tongue-tied on that subject. They know that a pay check is better than a welfare check, but handing out money is an easier process than creating jobs

How’s this for a way out of the mess? The biggest job creators — by far — are entrepreneurs. The best way to get them going is investor tax credits. Give the people who put their money at high risk in a startup company a 50% tax credit.

Wisconsin has made great progress with its startup economy in the last 20 years, thanks in part to its novel 24% credit. Wisconsin could show the way by upping that credit to 50%.

In the end, the credits don’t cost the state much because the new tax revenues from the companies and employees will offset the credits, as well the taxes on the capital gains by the angel investors when the company cashes out.
Starting companies is not a quick fix; it’s a permanent way to revitalize an economy.

Meanwhile, get ready for a long slog back to the high ground.