About the time you think that our beleaguered country is so partisan that nothing positive can come out of our capital, along comes a major piece of environmental legislation that shows what is possible if our politicians will holster their six-shooters.

The Great American Outdoor Act (GAOA) that gives enduring funding to conservation passed on bipartisan votes in the US Senate (73-25) and House (310-107).

The extension of the funding for the Land and Water Conservation Fund by Congress at $900 million per year from offshore oil and gas revenues, a 50-year bipartisan program, surprised conservationists. They had to have been anticipating a hyper-partisan death of the two bills making up GAOA.

The other bill invests $1.9 billion annually over the next five years for deferred maintenance of our national parks.

Wisconsin parks that have been boosted by GAOA funds include Devil’s Lake State Park, the Ice Age Trail, the Apostle Islands National Lakeshore and the Chequamegon-Nicolet National Forest. 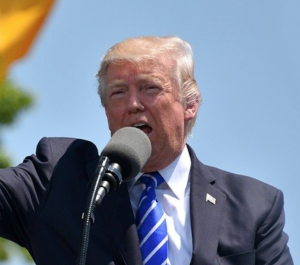 Conservationists also had to be pleasantly surprised by how fast President Trump signed the Act. Only one Wisconsin Republican in Congress, Mike Gallagher of Green Bay, voted for it.

Paul Smith, the excellent outdoors writer for the Milwaukee Journal Sentinel, reported that Sen. Steve Haines of Montana and Cory Gardner of Colorado met with the President, who he labeled as “decidedly pro-business and anti-environment,” and tipped him into signing.  Smith quoted President Trump this way: “That was a meeting that took place, and, within a minute, I was convinced.  And I wasn’t before I walked in.”

He and a few Republicans realized in the heat of an election that conservation is near and dear to most Americans. All polls show that more than 7 in 10 support the funding of land and water protection.

What politician would swim upstream against those positive numbers?

Yet that is generally where the modern-day GOP finds itself. Teddy Roosevelt, a Republican president who fought for the creation of our great national parks, must be scratching his head from the hereafter.

There is a great fallacy running through the negative thinking about conservation and environmental protection: It is that both are anti-business.

That just isn’t the case in the real world of business. Most of the many business managers I know are conservationists and environmentalists. Unlike the bad old days before the 1960s, today’s business people bleed green.

They believe in “Green and Gold” two times over: The Packers and the reality that business and the environment move forward together. What business wants to live in a dirty world?

There will always be a small minority of bad actors who keep polluting, and that’s where regulation and enforcement come into play.

But let’s hope and pray that the wholesome green and gold political philosophy carries the day at the state level, as it did in Congress and the White House for GAOA.

The state Stewardship Fund, created by Republican and Democratic governors 30 years ago (Warren Knowles and Gaylord Nelson), comes up for renewal in 2021. It spends $30 million per year in bonding money for land and water protection and makes many preservation deals possible.

The fund is leveraged at the local level by private donations through more than 40 land trusts. Many business people serve on those land trust boards. They know what lands are precious for the environment and what to pay.

The same goes for the Wisconsin Chapter of The Nature Conservancy. It works with players at the local, state and federal levels to make acquisitions of lands that should be public and preserved.

An example is the prized Cedar Gorge Clay Bluffs project in Ozaukee County. It encompasses 131 acres and three-quarters of a mile of Lake Michigan bluff property next to Port Washington. It is stop-over habitat for waterfowl and land and shore birds. It has to be saved to protect the quality of life and the business climate here.

Federal and state funds will be needed to match local funds.

And Stewardship needs to move past bonding to a permanent source of funding.

This entry was posted in Conservation Politics. Bookmark the permalink.