How about Medicare Advantage for All?

The current GOP attempts to reconstitute ACA will probably crash and burn in Congress this week. In the aftermath, fresh ideas need to be brought to bear to break the impasse. 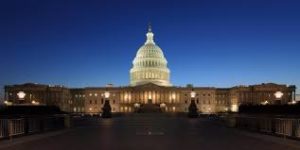 Fortunately, there are three effective platforms that work that could form the foundation for a national program and should be politically acceptable on a bipartisan basis:

• Lean transformation at hospitals and clinics.

Platform I: Value Based Health Care. 150 million Americans are covered under their employers’ health plans. It’s working pretty well, and that’s where all the innovation in delivery is happening, such as consumer-driven health care, self-insurance by employers, on-site proactive primary care, aggressive chronic disease management and bundled pricing of treatments, such as $26,000 all-in for my new knee (average is $47,500 in Milwaukee market).

Bernie Sanders would get rid of employer health care in his Medicare-for-all vision. Paul Ryan and some GOP wonks want to eliminate or reduce the employer deduction for health care costs.

But the flamboyant senator from Vermont never comments on the price tag. Serigraph spends $15,000 per employee on health care. Median household income in Wisconsin is $55,000. So health care, when aggressively managed, is about 27% of that. Ergo, a payroll tax of about 27% would be needed, on top of the current payroll tax of 15.3% for Social Security and Medicare.

So, use common sense and leave employer based health care and its deduction alone.

Platform II: Lean Transformation. Toyota invented the Toyota Production System 40 years ago and used its lean disciplines to climb to the top of the global automotive industry. Lean manufacturing drives out waste and defects and has been adopted by all car makers. The challenge to American car makers was to catch up to Toyota or go away.

You can now drive cars for 200,000 miles, with only a few trips to the service garage.

Some pioneering health care leaders have spent the last decade bringing those same disciplines to the health care industry. You will gratified to know that lean revolution is being led by hospital corporations in Wisconsin – primarily by Theda Care in Appleton and its former CEO John Toussaint.

Also in the vanguard are Bellin Health of Green Bay and Gunderson Health of LaCrosse. About 60 of the 6000 hospitals in the country have become fast followers, including the Cleveland Clinic.

Appleton Memorial, the lead Theda Care, hospital, has achieved zero infections in its operating rooms by engaging all employees in driving out defects. Infection rates are the number one criteria at Serigraph when we pick our value-based providers. If our co-workers will take their business to them, their surgeries are free. My new knee was free to me.

Why would Serigraph do that? Number one: steerage to the best providers is the right thing to do. Second, we save a lot of money: $440,000 last year on elective procedures on a $5 million health care bill, about 8%.

Note: Platforms I and II are linked. The lean providers will be the winners in the emerging value-based health care world.

Medicaid has two chefs in the kitchen. It is jointly managed – rather unmanaged – by the federal government and 50 state governments. As a result of the hodge-podge, it is all almost impossible to innovate and to manage costs effectively.

It reimburses so poorly that one-third of doctors refuse to serve Medicaid recipients, who, of course, have trouble accessing care.

Designed to help the really poor, it now serves one of five people in Wisconsin, which resisted expansion, and one in four in blue states like California. Red states are subsidizing the blue states.

It is killing state budgets, crowding out priorities like K-12 education, the University of Wisconsin and even public safety in Milwaukee. The UW System picked up $32 million over the next two years, while Medicaid was enlarged by $470 million in the just-passed state budget.

Republicans in Congress want one chef in the Medicaid kitchen. They want to dump Medicaid on the states through block grants, but they also want to cap the monies going to the states. That is very scary for future state budgets.

There is, though, one subsidy management platform that works. Everyone loves Medicare. It is popular on a bipartisan basis. It has one management system and it works pretty well. Providers don’t get rich on Medicare reimbursements, but they don’t go broke either.

Medicare is pushing value based purchasing, including bundled payments ($30,000 cap for joint replacements and $3000 for colonoscopies)

It has the these added pluses:
• Choice, people can go back and forth and change plans.
• There’s competition among health plans for their business
• Cost savings allow added benefits, like vision coverage at the same price.
• It has lower costs than Medicaid

What’s not to like as a platform for taking care of the people who need subsidies? Get rid of Medicaid and the exchanges. Let individuals and small businesses buy coverage via Medicare Advantage For All.

This three-way solution is pragmatic, proven, bottom-up, unlike top-down Obamacare with its mandates, taxes, and penalties.

This should be a politically workable compromise that gets votes from both sides of aisle.