Ray Cross is retiring after tough five years at the helm of the sprawling University of Wisconsin System (UWS). 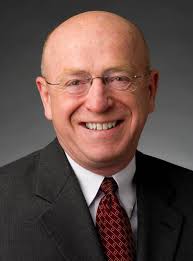 He had to contend with major challenges that were working against happy times in the president’s office, including:

• Declining numbers of 18-year-olds with successive high school graduating classes and therefore declining enrollments at most of the 26 UW campuses.
• A Republican legislature that has been less than university friendly.
• Soaring student debt that prompted the legislature to impose six years of tuition freezes.
• Inheritance of a $1 billion “slush fund” or “reserve,” partly the result of the absence of a systemwide, consolidated, independent financial reporting and audit. This created skepticism about how much money the system really needs
• Competition from a hot labor market that allowed young people to bypass college and go directly to work.
• A declining percentage of rising university costs coming from taxpayer funds.
• President Trump’s antagonism toward other countries that has turned off potential foreign students from coming here at high-price tuitions.
• New internet-based methods for education that are disrupting older delivery models.

President Cross spent much of his energy, time, credibility and engaging personality in cajoling the legislature to add funds for the university budget. He didn’t win big money, even with a strong economy pumping up state tax revenues.

As a result, all 13 UW universities, except for funds-blessed UW-Madison, have endured staff downsizing. That’s appropriate in an era of falling student numbers, but it’s still no fun.

UW-Milwaukee, for example, dropped in enrollment from 28,000 five years ago to about 25,000 this year. Its professor and staff ranks were reduced, mainly through attrition and buyouts, by 15%.

Of necessity, Cross engineered one consolidation. He looked hard at the sharp enrollment drops at the 13 UW colleges, which he once headed, and folded them into the comprehensive four-year universities. They are now satellite campuses.

He parked UW Extension at UW – Madison instead of allocating those assets to the 13 four-year campuses. Their future impact across the state will be mostly invisible.

Cross resisted further reorganization. Calls for a Blue Ribbon Commission to take a broad and overdue look at higher education in the state, public and private, fell on deaf ears.

Despite the tectonic forces changing the basic dynamics of higher education, the UW System is essentially standing pat. Cross can be viewed as a caretaker.

Some campus leaders are attempting to deal with the changes, such as Chancellor Bernie Patterson who is making major tilt toward STEM degrees at UW-Stevens Point.

UWM Chancellor Mark Mone is steering his institution toward entrepreneurship and partnerships with major businesses and other regional organizations. That will pay funding dividends down the road. but doesn’t help with short-term funding pressures.

To his credit, Cross recognized that Milwaukee needs a vibrant UWM and took a more even-handed approach to capital spending. There are now more cranes flying at UWM and other four-year campuses.

UWM is also serving as the driving force behind a new collaboration across the system on fresh water technologies. Cross blessed that systemwide amassing of intellectual assets.

Those kinds of bold strategies are what’s called for when many trends are adverse.

It’s difficult for people who grew up in the system to see the pressing need for change and just as hard to execute major changes. Insiders have been at the helm for almost 30 years. Since UWS was created in 1971, insiders have served as president for all but ten years.

There is always the danger of mission-creep in any organization as the years roll by. Why does UWS encompass a hospital system in Illinois and a health insurance company in three states? Should they be spun off?

It’s time for a fresh look. The UW Regents need to look outside for the next president.

Business leaders are more inclined to be clear-eyed and hard-nosed about the need for strategic turn-arounds or transformations. Mitch Daniels, president of Purdue University is a shining example of an outsider who has led transformation in higher education. He was a business executive, U.S, Budget director and governor. He knows numbers, politics, leadership and strategic trinnovation. Purdue is bursting with innovation.

There will be a dozen and a half reasons given why a business executive can’t be selected to lead UWS . But the UW Regents and Legislature could get it accomplished if the will were there.

While they are at it, UW Regents could use the Cross retirement as an opportunity to move the UWS headquarters from outmoded, isolated Van Hise Hall in Madison to downtown Milwaukee, the center of the state’s business community.

Go where the action is.