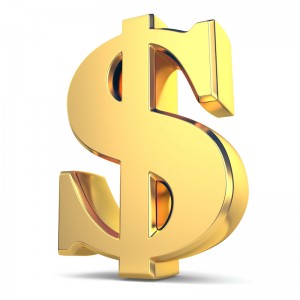 One of the biggest economic issues in Wisconsin may or may not be addressed in this legislative session.

That would be the staggeringly high medical costs under the state’s workers compensation program. It’s about a billion dollar annual program to protect workers injured on the job, with roughly $300 million for disability damages and $700 million for medical treatments.

It’s the medical piece that begs for reform and may not see it. All sides concede that medical prices under workers compensation are two to three times higher than those paid by insured health plans in the private sector.

That $120 saving per employee would benefit every employer in the state. Serigraph, for example, would save about $75,000.

It’s not an enormous amount, but applied across all companies in Wisconsin, it could be a bigger positive impact on the business climate than the right-to-work. It could match the $200 million-plus impact of the removal of the corporate income tax on manufacturing and agri-business.

It would even be a positive for the state budget. With 65,000 employees and $120 in savings for each, the state could cut its annual workers compensation bill by almost $8 million. That would be $16 million over the 2015-2017 biennial budget. (Yes, this is swag, but it can’t be way off.)

So why isn’t this a no-brainer for reform in the legislature?

Well, the $200 million in savings has to come from somewhere, and that would be the doctors, hospitals, and other providers like chiropractors.

It’s a sweet slice of business that they don’t want to give up. The providers argue that Medicare and Medicaid grossly under-pay, so they deserve to make it up on workers comp.

I’m not buying that disconnected argument. If they have a problem with the federal government’s price controls, take it up with our congressional delegation, not private payers.

Here’s the political reality that stops reform cold. The providers write big campaign checks, big enough to give pause to legislators, including Republican legislators who are friendly to business and taxpayers.

There is still hope, though, for reform. In the last session of the legislature, the unions in the state lined up with business to support a lower fee schedule for medical costs. It’s not often those two sides agree on a major economic issue.

Union leaders know their troops could come out ahead if a bill were passed and signed, because there would be extra money from the medical savings for beefing up the indemnity payments to injured workers. (FYI: Wisconsin rates high for getting workers fixed and back to work, with provider help, but that’s not the issue.)

Union-management agreement points to bipartisan support from Democrats and Republicans. If a reform bill on the bloated medical costs could get to the floor, it would have a good shot at passage.