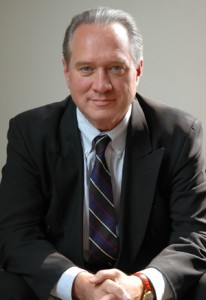 Jim Clifton, CEO of Gallup, has two major recommendations for keeping America on top of the world for GDP growth and job creation: entrepreneurship and youth internships.

Speaking to U.S. governors of both parties recently, he used his 30 years of polling experience to say, “The Great American Dream is now a good job.” It used to be a family, a nice house with the proverbial white picket fence and a comfortable life. The job part was taken for granted.

All that has changed. With 20% of the U.S. population (his number) unemployed or under-employed, it’s no wonder. That’s 18 million people, and 60% of those have “no hope,” he said, of finding a good job.

“We are all only one degree of separation from someone who is hopelessly out of work.”

The job scarcity is even more acute in global dimensions. The world, he said, needs three billion jobs, and only 1.2 billion are available. That’s a deficit of 1.8 billion.

So the competition for jobs is fierce among countries. Clifton goes so far as to conjecture that the Arab Spring was mostly about discontent over unemployment.

The global competition is also centered on gross domestic product (GDP). The U.S. economy runs at $15 trillion, one-quarter of global GDP of $60 trillion. China is one-third of the U.S. today, but economists surveyed by Gallup predict that country will grow at $60-80 trillion in 30 years. During that period, the U.S. will double to $30 trillion, meaning China will dwarf us.

“They wipe us out,” Clifton said, if you believe the projections.

Thirty years ago, though, Clifton reminded the governors, Japan and Germany were projected to pass the U.S., and it didn’t happen.

Clifton contends it didn’t happen because innovation and American entrepreneurs saved our bacon. The internet just sat in the Defense Department for years, but then it was turned loose to entrepreneurs, who proceeded to reinvent our economy and keep the U.S. at 25% of world GDP.

He thinks they can do it over and over again, and I agree – but only if we stress entrepreneurship as a nation.

Clifton argues that we need to shift resources from innovation and R&D to developing the 45% of students who say they want to start a business. He calls them “the sweet spot.” He also points to the potential of one-quarter of the nation’s six million business owners who say they want to grow.

“Innovation has no value whatsoever unless there is a customer there,” he said.

For that entrepreneurial goal, he proposes:

• Shift the U.S. mastery in intellectual development, with an emphasis on IQ, to figuring out which young people have an entrepreneurship quotient. “We don’t know who the best are.”
• Quintuple the number of internships from 5% of the youths to 25% and thereby “take over the world.” (Germany offers youth apprenticeships to almost all their youths and remains the most competitive European nation.)
• Cater to the 1.25 million small business owners who want to grow by offering them mentorship and engineering help.
• Help small business learn to export through consulting and connections.

Clifton viewed other business issues as less pivotal. He defied conventional wisdom when he said only 20% of surveyed small business owners said they had trouble getting loans. And some of those might not be loan worthy.

They complain about regulations, he said, but are non-specific about particular issues when probed.

Clifton repeatedly urged the governors to keep focused on the big lever for staying on top: entrepreneurship.