Trump must think win-win on trade 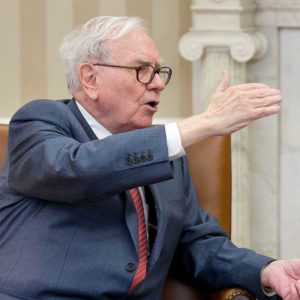 “Please, President Trump, don’t throw me in that briar patch.”

That’s the reaction of Serigraph and other American suppliers that operate primarily in the United States as they contemplate his proposed construction of a wall — a tariff wall — around the United States.

Wall or not, companies like mine won’t be bringing jobs back to America, but we will, if we choose, be able raise our prices to our customer and consumers.

Serigraph makes graphic parts for multi- national corporations, such as the face of the instrument panel in your automobile. Let’s say the world price is $10 for that part and our president slaps a 20% tax in incoming face plates. Such a part coming in from Mexico or China then goes to $12.

Almost certainly, Mexico and China will respond with a 20% tax on incoming parts from the U.S. But we don’t export much to either country, partly because we have a plant in Mexico. So, we don’t care much about the penalty on imports from those countries.

Indeed, because we sell most of our parts made in Wisconsin to customers in the U.S., we are going to be protected by Trump’s 20% wall. So, what we will do? Probably raise our prices by 15%. We will stay just under the new world price of $12. Who gets stiffed? The American consumer, of course.

More broadly, If the tariffs of both countries go up by the same percentage, conventional wisdom says that higher prices will lower demand for goods on both sides of the border. The price of cars will go up, and fewer cars will be bought.

Mike Darrow and other care dealers went to Washington D.C. last week to make that case.

Even though Mexico ships about $63 billion more in goods to the north annually than we ship to the south, big sectors of the U.S. economy that export heavily north to south to Mexico will be hurt, U.S. agriculture in particular.

Let’s look at it another way. At $200,000 in production per U.S. job, bringing the whole $63 billion back from would be the equivalent of 315,000 automated jobs in the U.S.? Our country creates that many new jobs every two months or so. How big a deal is this?

In that light, it’s a puzzle that President Trump spends more time beating up on the Mexicans than the Chinese, with whom the trade deficit is six times larger at $347 billion. Germany and Japan are also higher at $65 billion and $69 billion respectively. Let’s get our proportions right, Mr. President.

In yet another light, Apple buys its iPhones from a contracted plant in northwest China that houses 200,000 workers. Where would Apple find a concentration of that kind of labor in the states? The country already has a deepening labor shortage. Those Apple jobs are not coming back, notwithstanding the Trumpian Tweets.

There are solid ideas out there that could mitigate the trade imbalances and its impact on U.S. jobs – without triggering an all-out trade war where everyone loses. Here are several: 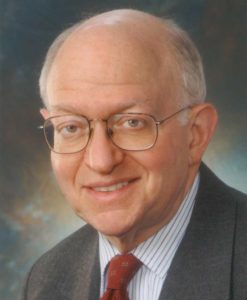 President Bush 43 was on the right track when he lobbied hard on the Chinese government to raise the value of the yuan. He had some success. That helped level the playing field.
Economist Martin Feldstein argues that a corresponding rise in the value of the U.S. dollar will neutralize the effects of the Trump’s proposed “border adjustments” – taxes on imports and subsidies for exports. The harder dollar, he maintains, will keep price increases at bay. Further, he believes that the net of new border taxes and subsidies will produce enough new money to fund Trump’s proposed corporate tax cuts.

His theory is hard to absorb, because generally a harder dollar makes exports more difficult to sell. Similarly, a hard dollar gives foreign competitors a cheap shot at our U.S. business. Serigraph has lost jobs to Canadian printers, purely on price. But Feldstein is far smarter guy than most economic advisors.

Finally, Warren Buffet, another smart guy, proposed a chit system to put the brakes on China’s growing deficit with the U.S. He would use bilateral negotiations to get to balanced trade with China, under which China could only export more to us if they agreed to import more of our products and services.

The president recently said that he has learned that health care is complicated. Not really, it is just grossly under-managed and mismanaged. Now, international trade, that’s complicated.

Before he just slaps on unilateral tariffs that could cause a lot of damage to world commerce and rising prosperity, he needs to get innovative along the lines of Bush, Feldstein and Buffet. We need a win-win strategy, not win-lose.