Do for startups what we did for The Bucks 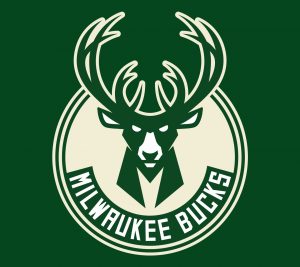 If the state’s taxpayers made the same level of investment in the startup economy that they made in the new arena for the Milwaukee Bucks — $250 million – they could launch 500 high growth startups at $500,000 apiece.

At just 20 jobs per venture, that would create 10,000 new jobs, about equal to the annual out-migration of college graduates who leave for jobs and careers.

That is not to say we shouldn’t coddle the Bucks, but it does raise the issue of the state’s priorities.

Against that proportional backdrop, economic leaders in Wisconsin have kicked off a dialogue on how to accelerate the start-up economy in Wisconsin.

In the end, their dialogue will come down to the need to generate a much bigger pot of funds for high-growth startups.

Wisconsin, and Milwaukee in particular, has made great strides in recent years in laying a foundation for the entrepreneurs who seek to disrupt old business models and reinvent the economy.
Entrepreneurs need two things to get going: a support system and capital.

The support system has blossomed over the last decade with the creation of mentoring organizations like BizStarts Milwaukee, gener8tor, Ward 4, the Commons, Startup Milwaukee and education programs on most campuses in the state.

Gutsy people willing to take big risks to launch a venture now have an abundance of coaches and cheerleaders. No doubt, this positive development explains part of why the state now ranks in the top half for high-growth startups.

On the capital side of the startup equation, though, it’s a more complicated picture. Investment in new ventures has more than doubled over the last two years – to more than a half billion dollars over two years in 2014 and 2015. That’s huge.

That surge surely resulted in part from Wisconsin’s unique Act 255, which gives intrepid early stage investors a 25% tax credit. Nonetheless, there is still a dearth of both angel and acceleration capital. Contrary to conventional wisdom, the problem is not a lack of entrepreneurs looking for capital. Deal flow is ever improving.

But there are only a handful of active angel funds to help them get going. Wisconsin Super Angel Group (disclosure: I’m a general partner) just invested out after doing 12 Wisconsin deals over the last three years.
Dozens of angel groups of individual investors do help the cause. And there is a heightened buzz among some 700 individual Wisconsin angels, amplified by some sizeable exits in recent years.

The biggest capital constraint occurs in the so-called “Valley of Death.” Just as ventures start to spread their wings with a proven product or service, they stall out due to shortage of funds. They are not yet bankable, so debt capital is usually not an option. A state loan guarantee program would help.

What’s sorely needed is more Venture A Round investing. That’s usually the level of expansion capital between $1 million and $5 million
.
There are just a couple of such funds in Wisconsin, so our young accelerating companies often have to go out-of-state or try to convince angels to double down.

One solution would be to get the aborning Badger Fund of Funds ($30 million) up and running. Republicans created it three years ago.

Another would be for foundations in the state, with some $10 billion in assets, to step up with “impact investing.” Several have tested the waters by putting money in early stage funds here.

In so doing, they could expect a three-fold return. First, they could expect to earn a return on investment (ROI), such as the 17% that the Golden Angels Group out of Marquette earned over the last 13 years. Second, they could boost job creation for the Wisconsin economy — the source of their funds, past, present and future.

Third, they could earn what I call a return of taxes (ROT). If a new company has ten employees averaging $50,000, each would pay about $5,000 in state sales and income taxes, creating $50,000 per year in total in new tax money.

If the angel investment in that new company were $500,000, the one-time investment tax credits at 25% would be $125,000. So, there would be a 2 ½ year payback. From that point on, it’s gravy for the state treasury.That ROT doesn’t even count the corporate taxes paid once the new venture becomes profitable.

The question needs to be asked: What will be the ROI and ROT from the Bucks arena investment? It’s hard to calculate, but there is no doubt that 500 new companies would offer much higher returns.