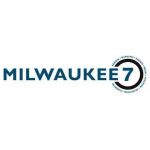 Move over, Madison, the startup economy is also on the march in Milwaukee.

Two new venture funds in the Milwaukee region constitute another chapter along the entrepreneurial trajectory in the region.

For the last ten years, there has been a proliferation of groups that do mentoring, accelerating, educating and cheerleading for entrepreneurs. Almost every college campus in the region teaches entrepreneurship. So we have a robust support system that wasn’t there a decade ago.

At the end of the day, though, the most important platform for a startup economy is risk friendly capital. Without dough, all the rest is talk, talk.

The M7 region has developed a decent level of seed money and angel funding for the early stages of funding new ventures. Good deals get launched.

Now two big hitters have each stepped up with $50 million funds that fill the “valley of death,” namely investments that fund expansions of new ventures that are taking off. (That capital is also called Venture A Round investing.)

• The Northwestern Mutual Futures Fund, which will make investments in early stage companies of $500,000 to $3 million. The fund will focus on ventures that help people with financial security. It is not parochial to Milwaukee, but it’s good to have them on the scene. Some local ventures will fit its scope.

• Capital Midwest Fund, managed by Steve and Dan Einhorn, veterans in the venture world. The Einhorns have done some Wisconsin deals and aim to do more.
These are most welcome additions to the burgeoning startup dynamic in the M7 region.

Many fast-growing young companies still do not show a robust bottom line, because they are usually still investing in the product and in growing the business. So, they are not yet bankable. Banks look at trailing numbers, not forward projections.

State loan guarantees can help with bankability of young firms, but they are not widely available. Hence, the A round infusions of equity cash are vitally important.

The Madison area has had a big head start in the venture arena. It has several mature venture funds, including one by American Family Insurance. The reality, though, is that Madison funds seldom look at Milwaukee deals, even though deal making and exits are accelerating in Southeastern Wisconsin.Early stage money tends to go to Madison, not the other way.

Fortunately for the rest of the state, that Madison-centricity is changing, as the two new venture funds in Milwaukee demonstrate.

As another example, the Outlook Development Group, a Franklin investment portfolio management company headed by Matt Stamborski, brought in 80 people Friday to hear presentations on four early stage companies. The potential investors spent three hours over dinner to learn about the varied deals, including one in Milwaukee. There was every indication that several millions would be raised.

As yet another example, one rapidly expanding Milwaukee company recently raised a second round of about $3 million from local investors in little more than a month.
This is the kind of deal buzz that is coming to full fruition in Southeastern Wisconsin. Talking deals is where we’re now at.

The Milwaukee area, hard hit by the loss of manufacturing jobs, needs the reinvention created by such entrepreneur. We need it more than does Madison where government and university jobs abound.

Here’s a prediction: Milwaukee’s startup investments will pass Madison’s by 2020.