The University of Wisconsin – Milwaukee is putting on a new face.

It stamped itself as an “E University” (Entrepreneurship U) with an inaugural ceremony Thursday for the soon-to-be-built Lubar Entrepreneurship Center. The 24,000 square foot center will be on the campus’ most visible location on the northwest corner of E. Kenwood Boulevard and N. Maryland Avenue.

Since the facility will also serve as a Welcome Center for the campus, an incoming student’s first impression of UWM will be that of a college dedicated to innovation, research and development and new business ventures.

UWM has already launched a transformative strategy for the campus. From its roots as mostly a teaching institution, UWM is now humming with innovation in the form of new patents, licenses, R&D, student startup workshops, innovation or “maker” labs, entrepreneurship education classes and courses, direct linkages to major industries, a cadre of mentors and a growing number of licenses and company launches.

The Lubar Entrepreneurship Center will pull all those positive dynamics together. It will become the prime symbol of a new UWM. Students in every discipline will be thinking making jobs, not just taking jobs. 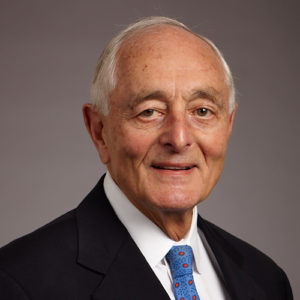 Further, the entrepreneurship mission fits with UWM’s outstanding record on access for minorities, veterans, first generation collegians, immigrants and reurning adults. These the drivew people who are more likely to start a company and stay here.

Major gifts from the Lubars, the Kellners and Jerry Jendusa made the center possible. Their timing is exquisite. The center comes at a time when the startup economy in Wisconsin is seeing major acceleration. There are incubators, accelerators, courses and angel investors that weren’t there even a decade ago.

Don’t believe goofy rankings that unfairly and inaccurately slam the state on startups. Instead, always follow the money.

Some more accurate rankings put Wisconsin in the middle for venture capital raised.

A just-released annual report on startups by the Wisconsin Technology Council found that $276 million was invested in 137 Wisconsin deals in 2016. That’s a lot of money. That total compares to an average over the previous five years of 95 deals and $164 million invested. It’s a big jump.

We are not yet California, New York or Massachusetts, the three states with four-fifths of the early stage action, but we are moving north fast.

The report also shows that Milwaukee is fast gaining on Madison as a source of startups. Southeastern Wisconsin did 38 deals in 2016, almost half of Madison’s 80.

None of this deal acceleration is due to the creation of a small Badger Fund of Funds by the state in 2014, but several of its sub-funds are finally cranking up and should contribute to the deal flow going forward.

A piece of public policy that has worked is Act 255, which gives a 25% tax credit to early stage investors. It has had a big impact. About $18 million in credits have been used in each of the last two years, up from about $11 million in each of the previous two. That shows the acceleration. Note: every public dollar begets $4 in private investment.

The Technology Council would like to see that credit improved to 40% for the first million dollars invested in a startup and a matching federal credit. Both would provide even more acceleration.

It should be noted that almost none of these good dynamics for reinventing the Wisconsin economy existed 20 years ago. I was involved in starting two companies back then, and there was no support system and almost no capital available. We had to tin cup everything.

Flash forward to the creation of the Lubar Center in Milwaukee, the region of the state with the biggest poverty problems and therefore the biggest need for reinvention and new jobs. That’s what entrepreneurs do, create jobs. (Big corporations get ahead on the bottom line by constantly trimming jobs.)

Sheldon Lubar, perhaps the state’s most prominent businessman, said at the “staking” ceremony, “It is the entrepreneurs who create opportunities, and capital flows to opportunities.”

The Center will become a highly visible hub for the region’s startup enthusiasm, with the full understanding that there must be many partners to make innovation a central strategy for the region. UWM is helping to building those bridges and partnerships.

An “E” face on our biggest and most powerful university, now a top 150-rated R&D institution, will galvanize the energies for innovation as a way forward for the region and the state. Note: as UWM goes, the region goes, and as Milwaukee goes, the state goes.