When I see someone in the Milwaukee region from the University of Wisconsin – Madison -– other than its best export, its wonderful graduates – I call it a “sighting.” It’s like the visit from a rare bird.

Our flagship university dominates the scene in Dane County and its nearby environs, but its economic impact on the rest of the state, beyond its graduates, is hard to see.

It does conduct wonderful R&D and that does benefit mankind in general. It does have field terrific sports teams that provide entertainment for many across the state. How about that Badger win at Orange Bowl!

Yet, despite its economic muscle (more than $8 billion in foundation support), its outreach efforts across the state are limited and mostly invisible.
Wisconsin’s economic growth and prosperity continue to lag the nation, despite a higher than average investment in education.

The obvious point is that state leaders need to figure out ways to increase the bang for the buck from the University of Wisconsin System. Unfortunately, some of the moves by UWS and GOP leaders are not helping.

The abrupt reorganization of the University of Wisconsin Extension, which goes into effect July 1, is a point in case. The Extension, which goes back to the 1800s, was created to spread the knowledge of UW – Madison to the corners of the state. It has had an office in almost all our 72 counties. Its county farm agents played a big role back then when big chunks of the population were involved in farming and agri-business.

Many in Washington County, for example, knew prominent Extension agents like Maurie Hovland and Bob Stodola. They were visible and impactful.
Not so much any more. Web-based farming information is much more available. So are vendor experts. Farmers have other sources. Extension still runs 4H programs, but it has lost its much of its main mission and needs to be repurposed.

In a reorganization pushed by UWS President Ray Cross, the UW Regents made the decision to put part of Extension under the central UWS office and part under UW — Madison. Why there?

The same Board of Regents dismantled the UW Colleges by assigning the 13 campuses to the 12 four-year colleges across the sate. That makes sense, because the economy of the state breaks down into regions and their related industrial clusters. 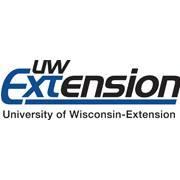 UW Extension has more than 1600 employees in combined programs who could be used on the 25 campuses outside of Madison to fill depleted professor and staff ranks. UW – Madison blessedly has lost almost no positions during the university budget crunches of the last decade, but the other campuses have been slammed.

Some UWS retrenchment may have been in order, but muscle has been cut, too, such as the loss of the deans at the 13 colleges. The deans need to be restored as the colleges become satellite campuses to prevent further enrolment losses. The deans were major recruiters.

The Extension positions and dollars could be the resources to allow the 25 campuses to do the outreach that UW – Madison has abandoned.
Further, the regional consolidation could allow some savings that are unlikely to happen with Madison in charge.

One prime example is the four Small Business Development Centers that operate under Extension. The have become orphans, but could be nicely reassigned to the business schools at the statewide campuses.

Another example: The Extension offices in almost all 72 counties offices could be assigned to recruit. UW – Madison doesn’t need to recruit; it has more applicants than it can handle. The other 25 campuses need students.

Another possibility: If integrated with the campuses, those county offices could be guidance centers to help students find the right path though the complicated UWS network and/or the Wisconsin Technical College System. That is especially true with the growing complexity of mixing online classes with traditional classrooms. The county agents could help students with the challenging finances of higher education.

How much debt should a student take on? Could a start at a technical college of two-year campus cut the total four-year bill?

It’s not too late for the regents to dig deeper into the Extension reorganization. They don’t need to make higher education more Madison-centric; they need to make it less so.

All these issues could be addressed in the context of a much-needed blue ribbon commission on higher education in the state.

That’s how UWS reorganization would have been dealt with back before Govs. Doyle and Walker dispensed with the Wisconsin Idea of pulling together the best minds in the state to solve complex challenges.