If Kamala Harris could help Joe Biden to add a large dose of pragmatism to the highflying political ambitions and rhetoric of the progressive wing of the Democratic Party, she could have indelible political legacy and a historic career.

Clearly, Biden’s run for the presidential nomination proved that the progressive agenda had far less than majority support in the country. The progressives like Bernie Sanders and Elizabeth Warren got blown away. What they were proposing didn’t sell. Only 1/3 of their party bought their agenda. 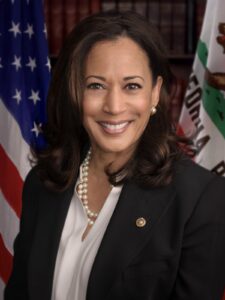 She may have said to herself, “The goal is to get to 100% coverage for health care. Why mess with dumping 150 million Americans off their employer plans, which are largely working just fine? That’s half the population.

“Let’s solve for the uninsured 11%, the people not covered by employers or public programs like Medicaid. Let’s drop the sound-bite ideology and get those people insured.”

Serendipitously, there is a ready-made platform for doing just that through a combination of public subsidies and marketplace dynamics. It’s called Medicare Advantage. It works so well that around half of the seniors in flyover country have opted to go that way. Their Medicare dollars buy them extra benefits by going through private insurers.

Harris could surprise the world by adding a layer of pragmatism to other major unresolved issues. On immigration, for example, she could call for a grand compromise that gives illegal immigrants a green card for life, but no voting rights ever. But their children born here would get full citizenship with voting rights.

She could call for secure borders, stopping short of a full wall, as part of the deal. Such a compromise could bring to an end to decades of divisive strife over illegal immigration.

On another front, progressives like Harris call for free education all the way through college. It’s a noble goal for the United States. Again, though, there’s a pragmatic compromise that people of all stripes could agree on.

In return for a free education, the young people of America could sign a contract to give three years of their lives to the commonwealth. After leaving college, they could go to work at half price in the military, public health, education, infrastructure, conservation, or public safety.

They could pay the country back for their degrees, while not incurring a mountain of debt.

The GI Bill has worked famously; the Peace Corps less so, but passably.

These are just three areas of public policy where there is an opportunity to add a pragmatic overlay to a progressive goal.

These get-it-done concepts will not see the light of day during the remaining 2½ months of the campaign, because Biden is so far ahead. He will not want to rock the boat. Biden will surface no controversial ideas that he has not already uttered.

He will let Trump sink his own boat. The president is already bailing water furiously.

If Harris opens a door with unrealistic left-wing platitudes, she will give Trump an opening to label her a “socialist” or worse.

When and if Biden is inaugurated, with Harris at his side, he can make things happen, not just talk about them. If their combined leadership gets even a few of those major issues resolved, Harris automatically becomes the Democratic nominee in 2024, assuming but Biden will not run for a second term at 82.

If they fail to move the chains on major issues, she will not deserve to be the automatic choice to run for the oval office four years from now.

In the present tense, the Biden-Harris duo needs to fix an early blunder quickly. The Democratic national convention in Milwaukee had to be cancelled for virus protection — and political purposes too. Trump would have jumped all over an outbreak here.

But it is inexcusable and just plain dumb that one of both of them didn’t come here for the nomination acceptance speeches. Once more the elitists from the coasts are flying over Milwaukee and the Midwest. They dumped on Milwaukee, which had dug deep and spent heavily to host the convention.

Virtual speeches could have originated here just as well as from Delaware. We do have the Internet here. (Factoid I: One of the Internet pioneers, Lawrence Landweber, worked at the University of Wisconsin – Madison.)

Finally, how could the Biden campaign managers forget the obvious – that narrow wins in Pennsylvania, Michigan and Wisconsin in 2016 carried our current president to an electoral win and the White House?

Trump and Vice President Pence are already flying to fly-over country to fill the glaring void.