Next up for healthcare: Sanders’ plan and 40% payroll tax? 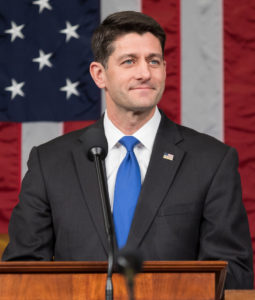 Because President Trump knows little about how the Medical Industrial Complex (MIC) works, he was unable to use his vaunted deal making to fulfill his campaign promises to come up with something better than Obamacare. To cut a deal, you have to know the ins and outs of the game you are playing. He may know the real estate game, but he is a babe in the woods on health care.

That makes him the opposite of a winner on his first major legislative initiative. His answer: throw his chief of staff Reince Priebus under the bus. (Note Priebus and Ryan are close.)

Because health care policy has become hyper-partisan, Obamacare has proved unsustainable and Ryancare was DOA. As Sen. John McCain noted as he voted against the GOP plan, giant social and economic issues require a buy-in from both parties to be politically sustainable. Hillarycare went down for the count before Obamacare and Ryancare faltered. It, too, was hyper-partisan.

Note that Medicare, which has been successful and popular through several iterations, has always had bipartisan support.

Because politicians have a hard time pivoting from their ideological ruts, both parties will probably not learn from their hyper-partisan mistakes of the past. They will continue to listen to the powerful MIC voices, the guys with the big campaign checks and lobbying budgets. They will not listen to voices outside the beltway, where real reform and transformation are happening underneath their feet.

The next partisan lurch by the Democrats, who notably failed to come up with amendments to fix the shortcomings of Obamacare, will be to Bernie Sanders’ Medicare for all. It’s a nice simple answer – single payer — from a man who probably can’t balance his own checkbook. 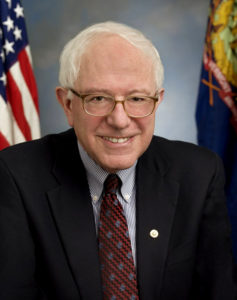 Have you ever heard the senator mention the fiscal note for that simplistic concept?

Well, here is a ballpark answer. Let’s extrapolate from Serigraph Inc. Our total health care bill in the year just ended was $5.4 million. Our payroll for the year was $22.6 million. That comes to about 25% of payroll.

Hence, a payroll tax at that level would be required to cover every American.

That would be on top of the current 12.4% payroll tax for Social Security from employer and employer together.

Actually, the 25% number is probably on the low side, because private payers like Serigraph do a better job of managing costs than do public payers.

So, for working purposes, Medicare and Social Security payroll taxes would probably be north of 40% and maybe as high as 50%.

Would that fly with the American people? It certainly would not fly if rammed through Congress by one party, in this case the Democrats if they were in power after 2018 or 2020.

Where will Speaker Ryan lead his troops after his Dunkirk, assuming they will still follow him? Who knows?

As with many complex issues, he may want to pull in the innovators in the private sector to find a way out of the swamp. He may also want to follow the advice of Sen. McCain and reach across the aisle for some kind of bipartisan compromise.