Not everyone is interested in the management dimension of how the sprawling federal government is managed from the White House, but they should be. Every successful organization is the result of great teamwork at the executive level, not the genius or charisma of a singular leader.

Joe Biden, an experienced leader of big operations as a former vice president, is showing signs of being an exceptional team leader. His team conducted an impressive vetting as he searched for a vice presidential teammate. He knows it’s all important to get the right people, simpatico people, on the bus. Whether you agree with his decision on Kamala Harris or not, Biden’s very rigorous selection process showed some serious management chops.

And his campaign team did remarkably well in pulling off the first-ever virtual presidential convention. A host of speakers from across his party made a coordinated and effective case for Biden as president. They did blow it by insulting the Midwest with no big-hitter action from Milwaukee, the jilted home of the convention. But the rest of the program was well orchestrated.

In contrast, The Republican convention was up in the air until just a few days before it kicked off Monday. Trump has always managed with a small group of insiders, including family members. That may work for a real estate company where he can call the shots himself. It can’t possibly work for managing 4.4 million federal employees, including 2.2 million civilians in the federal agencies, 1.4 million in the uniformed armed services and 586,000 in the U.S. Post Office.

The present turmoil in the post office is an example of seat-of-pants management. The confusion in that critical agency starts in the Trump White House. It might even be intentional to undermine the validity of the coming election. The president’s Tweets on mail delivery have the agency completely off balance.

Lots of good names have surfaced for a Biden cabinet, including some of his former opponents for the nomination, but they are mostly people with experience in government. There also needs to be some people with big time management experience, some business executives. He needs a mix. 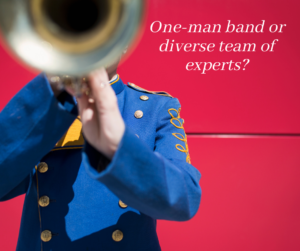 Swing voters are in short supply. Most from both parties have their minds made up already. But the undecideds, mostly independents, are pivotal in purple states like Wisconsin, Michigan and Pennsylvania. They know how Trump operates, with unprecedented turnover among his advisors and cabinet officers. He likes to fire people.

But they will be watching closely to see who Biden picks as his advisors. Will it be Elizabeth Warren and Bernie Sanders pulling him to the left. Or will it be competent Democratic centrists like Gina Raimondo, the brilliant governor of Rhode Island, Jay Inslee, the governor of Washington and an expert on environmental issues, or even a Republican or two like former Gov. John Kasich of Ohio or Sen. Mitt Romney?

Biden would do himself some good in November by signaling his choice of a few of the centrists to be part of his team.

He would also do himself a favor by picking some leaders from flyover country, like Sen. Amy Klobuchar of Minnesota. She would have been a formidable vice-presidential candidate but didn’t have the Biden’s diversity requirement. She has all the credentials to be attorney general for the country.

As Trump ends his first term, he leaves a legacy of major challenges:

• A pandemic in need of executive and scientific leadership. We are a long way from some level of public health normalcy.
• A deep recession with some 18 million Americans out of work and no visible game plan for dealing with that catastrophe.
• Alienation from a broad spectrum of our allies, along with increasing incursions from our international opponents and enemies.
• A staggering level of national debt at $20.3 trillion, now higher than the gross national product for the first time since Alexander Hamilton was the head of treasury. The debt was high at $14 trillion when Trump took office.
• Racial unrest that is not worse, not better.

To get those monumental challenges back under some semblance of control, the 46th U.S. president will need the most talented and experienced leaders/executives in the land. And they will need to be a highly functioning team. Early returns from the campaign and convention point to Biden as the kind of leader who can put together such a team and who can lead and empower it to effective problem solving.

This is not the time and place for a one-man band.