Tariffs didn’t work; what’s next for next president?

Remember the trade wars of the first years of the Trump Administration? Foreign countries, particularly China, were stealing American jobs, and Donald Trump, the presidential candidate in 2016 who knew how to cut deals, promised tough actions to reduce our trade deficit. That deficit stood at $735 billion in goods and services as he took office in 20017.

Once elected, he slapped stiff tariffs on goods like steel and aluminum from China, Mexico, Canada and the European Union. Those countries responded with counter-tariffs on exports like soybeans. Threats dominated the trade negotiations. International business was engulfed in uncertainty, which inhibited trade. Trade agreements like NAFTA were shelved. Relations with our trading partners deteriorated.

Where do we stand after three and a half years of sound and fury? The U.S. global trade deficit rose to $854 billion in 2019. Our global trade imbalance has worsened. 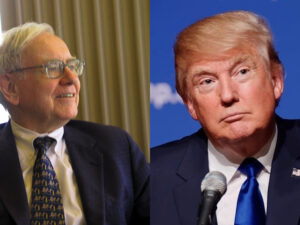 More recently, in May through June the trade gap in goods was running about level with 2019 and 2016.  Again, no recent progress despite some renewed trade agreements.

Like health costs, trade has almost disappeared from the presidential campaign. Those two overriding issues have been lost in the finger-pointing over the U.S. COVID response and the resulting deep recession.

Yet trade should be a campaign issue. China uses cheap labor, low environmental standards, unfair labor laws, a weak yuan and intellectual property theft to compete with American companies. The U.S needs a more effective strategy on the trade imbalance.

West Bend lost two of its best employers to that unfair competition, Amity Leather Products Company and the West Bend Company. Multiply that loss many times over in other communities in Wisconsin and the nation.

What we have learned in the last four years is that tariffs are a blunt instrument. Trump’s weapon of choice simply didn’t work. Net new jobs didn’t come home. And the economic chaos they caused detracted from any gains.

Further, they are a tax on American consumers. Long and short, a bad idea.

The better strategy came several years ago from Warren Buffet. Trump could have used his vaunted deal-making skills to cut bilateral deals along the lines Buffet would take: China gets chits to increase its exports to the U.S. only if it increases its imports from the U.S. It’s a quota system.

Buy more soybeans from the Midwest and you get to send us more Apple phones. Fair’s fair. It’s not a trade “war,” which sounds tough, but is ineffective. It’s a trade deal, win-win.

Then cut similar deals with other allies (which means friends). Our trade imbalance with Canada is negligible anyway. In some months we have a trade surplus with our northern neighbor. Why are we in a trade conflict with our best military ally?

Joe Biden should propose a win-win bilateral Buffet-type deal with Canada to move the political dialog. It’s called balanced trade. It centers on negotiations, not threats. Ditto for our business friends in Mexico and Europe.