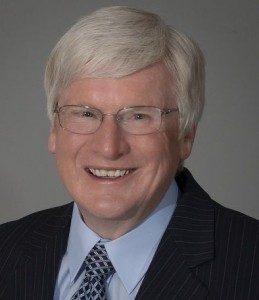 Judging by its 52.5-point margin in favor of reelecting Gov. Scott Walker, Washington County, my home turf, has become the reddest of the 72 counties in a very purple state. It is almost a one-party Republican county.

None of its county offices had a Democratic challenger, and Republican Bob Gannon ran unchallenged in the non-race for the Assembly seat being vacated by House Majority Leader Pat Strachota.

U.S. Rep. James Sensenbrenner carried the county by a huge margin against a virtually invisible Democratic opponent. He won the district race by 40 points. Sensenbrenner will be serving his 19th term and apparently has the seat for life. He will be carried out.

Our departing state senator, Glenn Grothman, jumped the county line and won the 6th District Congressional seat to the north by 16 points.

There are a number of Republicans who could jump into the special election to fill his vacant senate, but you have to wonder if the Democratic Party will even field a candidate. The results in Washington County have become so lop-sided that a run must seem futile to the Democrats.

The second most Republican county is the elections last week was Waukesha with a 45.7 point spread for Walker, followed by Ozaukee at 40.7. The most blue counties – most Democratic – were Menominee at 54.5 for challenger Mary Burke and Dane at 40.5 – both recipient counties that receive a net inflow of state tax dollars and therefore are partial to larger government.

There are many reasons for the swing to the right in Washington County and elsewhere across the state and nation, and there will be many consequences.

The biggest consequence of one-sided results is that the victors have little ballot-box reason to compromise on issues. They are in safe seats, and that means they don’t need to pull votes from the center or left. They can vote to the far right on economic and social issues with little risk in the next election.

Walker, Gannon, Sensenbrenner and Grothman do have an obligation to represent all of the voters, and they know that they have to play fair to keep their party in good standing for the long run. Voters expect them to pass legislation that meets with some degree of consensus.

Majority control or not, it would be hard to govern if all their new laws were as controversial as Act 10, the notorious 2010 legislation that emasculated public unions and deeply divided the state. In no other state is the divisveness so pronounced.

The federal fiscal picture is still a quagmire of deficit and debt, stemming from under-managed entitlement programs, so expect Grothman to weigh in heavily on those challenges in a GOP-dominated House. He will be an uber-hawk among the fiscal hawks in the party, right there with Sen. Ron Johnson.
\
Will he be a supporter of GOP Speaker John Boehner as he tries to fashion legislation to set the party up for 2016, or will Grothman side with the Tea Party wing of the party to give Boehner grief and make compromise on budget and debt issues almost impossible? We’ll see. Boehner does have a bigger margin to work with
As a freshman, Grothman’s idiosyncratic views on social issues will be less impactful.

Grothman should have pretty clear sailing going forward. Incumbents have drawn the state’s congressional districts on both sides of the aisle to give incumbents the home field advantage. His predecessor, Tom Petri, was elected 18 times in a row.

The Republicans have long held the upper hand in this county, but in the 1970s and 1980s Democratic candidates at the state and national level occasionally carried the county. Dale McKenna, a Democrat, represented Washington County in the early 1970s.

The county was much more manufacturing intense back then, so there were thousands of unionized workers who tended to vote for Democrats. Today, less than 10% of Wisconsin’s employees in the private sector are unionized, and the same lower union profile applies locally.

The county is now as much white collar as blue collar. Its biggest employer in the private sector is an insurance company, not a manufacturer.

To be sure, last week’s local elections were caught in the national wave that carried the country away from President Obama’s top-down approach to governing and toward smaller government conservatives like Walker. The wave widened the pro-red margins here.

There was one major denominator in the 2014 elections, and that was the consensus among all candidates, red or blue, that job creation is the state’s overriding issue. The citizenry has come to understand that neither party has been able to jolt the state’s economic performance out of a 40-year slide relative to other states.

The winning Republicans, who control the governor’s chair and both houses of the legislature by stronger margins, had better address that issue with great energy in Walker’s second term.

Forget the peripheral issues. Get to the 250,000 new jobs goal Walker set out in his first campaign, even if it’s a few years late and 140,000 short at the turn.