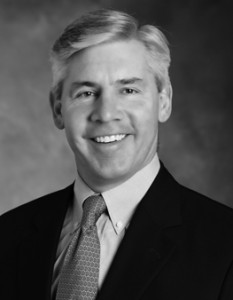 There are plenty of underlying factors in the breakup and merger of Journal Communications that won’t make its news reports.

First and foremost, it is great for the community and state that the newspaper company, Journal Media Group, will be based in Milwaukee. It is a great blessing to have a locally owned paper, whether you agree or disagree with its editorial policies. Local publishers tend to care about what happens in their home town and states.

That stands in stark contrast to newspaper chains, which own most of the other daily newspapers in the state. The publishers and editors in the chain operations come and go with regularity and spend some of their mind share on their next gigs at bigger papers in the organization. They are hired guns.

Still, it won’t be quite the same here. The merger of the Journal Sentinel with 13 E.W Scripps dailies, including Knoxville
and Memphis, will bring some of the-chain mechanics to the Milwaukee headquarters.

CEO Timothy Stautberg will move here and begin immediately to look for “synergies.” Some top executives will go in the merged operation. You don’t need two CFOs or CIOs, for example.

Journal CEO Steve Smith is in effect retiring, so there won’t be a need to reduce a CEO position. (Note that these kinds of mergers are much more likely to happen when a CEO nears retirement. It’s a final grand stroke, and a juicy departing paycheck for change of control generally accompanies the deal.)

The merger offers the possibility of sharing stories, editorial resources and printing presses. Hopefully, that doesn’t lead to the reduction of more journalists in the local newsroom. Those ranks are already less that half of what they were combined in the hay day of the Journal and Sentinel as separate papers.

That reduction in staff has led to a change of editorial strategy toward in-depth news as a substitute for the breadth of news. Statewide coverage has lessened, though J/S does a fine job of covering the Capitol. Suburban coverage of the other six counties in the metro area is almost extinct. The occasional big story will draw a reporter for a couple of days. There simply aren’t enough reporters left to do the daily job.

That leaves a wide-open news and advertising market for other local papers to exploit. Those small dailies and weeklies are picking up some of the slack.

The in-depth news strategy has led to some fine journalism, such as Dan Egan’s recent four-part series on the grievous challenges posed by invasive species to the Great Lakes and beyond. The strategy also leads to an obsession with journalism prizes, which warm the cockles of the often-cynical hearts of often-smug editors. Only Hollywood is more self-congratulatory as an industry.

In one sense, winning prizes is a new metric that takes the place of the old metrics, like winning subscribers and making big margins. Subscriber erosion continues, with J/S circulation at less than half of the combined circulation of the two papers in the 1980s. Operating margins used to push 40%, and now publishers would settle for 10%.

That kind of top and bottom line decline is, of course, the driving dynamic for consolidations in mature industries like printing, papermaking and publishing. Mergers allow reductions of stubborn overhead costs that would be hard to cut any other way.

The tough prospects for newspapers, even with heroic attempts to be viable on line and through social media, which are hard to monetize in a big way, make the future for the new Milwaukee-based operation murky.

That outlook explains why Scripps and Journal Communication spun off the merged publishing company with a clean balance sheet and $10 million in cash. A company in a troubled marketplace can’t carry a lot of leverage.

Smith must have learned his lesson in the Great Recession when his company’s highly leveraged balance sheet from broadcast acquisitions brought Journal Communications to its knees.

For one, I’m hoping that Mr. Stautberg can figure out a business model that prevents further shrinkage of the Journal Sentinel’s journalistic muscle.