Is there a non-profit JournalSentinel down the road? 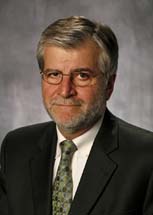 The JournalSentinel spin on the exit of its editor Martin Kaiser from the newsroom is that it was a voluntary, individual decision.

That is surely part of the story, but like most such stories the paper reports on, his ride into the journalistic sunset is also surely more nuanced and more complicated than his or paper’s offficial statements. Like many other departures from the JournalSentinel news staff during Kaiser’s reign, it probably fits loosely under the term “voluntary.” But his departure also looks to be another piece of downsizing of a staff that is a shadow of its once formidable self.

You can be sure his package was attractive.

Re down-sizing: Note that George Stanley, a proven journalist and manager, is moving up from managing editor to Kaiser’s position and that there was no mention of a replacement for his position. Likely result: one less high-level salary in the newsroom.

At some point in any deep right-sizing exercise, the executive ranks get trimmed, too. With fewer staffers, there’s less management work to do.

On the personal side, Kaiser was probably dispirited that his model of journalism failed to stem the economic and technological tides that are sinking the newspaper industry. The latest round of “voluntary” retirements came recently when 15 more staffers were given packages.

When the business was still in its heyday a generation ago, about the time Kaiser hit town, the two separate newspapers together reached nearly a half million homes daily and the Sunday circulation was closing in on that level. Today the Sunday paper is below 300,000 and the merged daily below 200,000.

Accustomed to super-fat margins in a near-monopoly business — an unregulated monopoly as well — newspaper leaders across the country responded by cutting personnel, including the newsroom. Pre-tax margins were once sky-high at nearly 40%; today they are typically single-digit.

In the day, the Journal and Sentinel combined had more than 300 news staffers in their separate digs on Fourth Street. The latest count after the recent cuts is reportedly about 120. The token editorial page (down from two pages) is run by two journalists.

An editor can talk about great journalism, as Kaiser did right to the end, but he can only do so much with one-third the staffers. Kaiser’s response was to sacrifice breadth and go for depth. He also tried mightily to move to on-line news, which salvaged some subscribers, but was not nearly enough to offset lost print circulation and advertising revenues.

Kaiser dropped statewide coverage, with the exception of the state capitol, and skinnied way back on suburban news. He simply didn’t have the manpower.

In one sayonara interview, Kaiser said he could see many people reading JournalSentinel content on their smart phones.

If that’s true, there is a fault line in his model. His drive for investigation journalism, with series running thousands of words, won journalistic plaudits and did laudable community and state service. The prizes will be on his headstone.

But on-line readers go for short bursts of news. They don’t do treatises. Even print news addicts like me have a hard time getting through multi-page reports.

It is interesting to note that some of the high-profile series weren’t fully funded by the paper. They have been supported by philanthropists who created fellowships for in-depth journalism, mostly housed at Marquette.

That may be the way of the future: non-profit support for intelligent news gathering and analysis. As an example, I get most of my news about health care economics from the Kaiser Health News, which is financed by the Kaiser Family Foundation. There are many such channels that didn’t exist even ten years ago.

Another example of philanthropic support for American journalism can be seen in the changing ownership patterns of major newspapers. Jeff Bezos of Amazon fortune rescued the Washington Post. Gerry Lenfest put his fortune behind the Philadelphia newspapers. And John Henry moved from sports team ownership to saving the Boston Globe. It is a far better thing they do. The country needs quality journalism; it can do without another sports team in the land of millionaire players and ego-needy owners.

The default on local news coverage is not a tragedy, because there are plenty of locally owned weekly newspapers to pick up the slack. That’s the key to dedicated newspapering: local ownership.

Chain-owned daily newspapers have been hollowed out, narrowed in format, thinned down. The 1970’s and 1980’s roll-up of local newspapers by chains was a financial play; journalism was always secondary. Now that the fat margins are history, it is conceivable that the chains will be dismantled, the papers divested and they may have to be rescued, too. 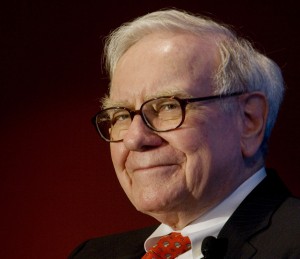 Indeed, Warren Buffet, who once delivered newspapers, has salvaged more than 60 local publications from disenchanted chains, including markets like Omaha, Tulsa, Greensboro and Richmond. He believes local news will always sell.

The JournalSentinel will soon be merged with the E.W. Scripps chain. Post merger, it will be hard to describe the paper as locally owned, even though it will be head-quartered here. The recent down-sizing of the J/S newsroom as a prelude to a merger in 2015 is a telltale that chains are more comfortable with cost reduction than innovation.

With the benefit of hind-sight, (disclosure: I both competed with J/S at suburban papers for a decade and wrote more than 500 columns for the J/S business pages) the newspapers lost their way when they failed to distinguish between the market for news and the market for actionable information.

Had they viewed themselves as purveyors of news and information, they would have used their considerable power to move into on-line classified advertising before Craigslist, into real estate e-information and advertising before Zillow, into web-based employment data and ads before Monster.com, into dining information and services before Urban Spoon. Such moves into those sectors would have cannibalized their existing business segments, a reality that surely bred their inertia.

In contrast, starting in the 1970s, Thompson Media Group moved past news and newspapers into legal, business and public information with its LexisNexis products. That should have been a harbinger of future strategies.

The JournalSentinel editors figured out a content monetization strategy with Packers information that dug beyond the normal news package, but they didn’t extend that insight to other vertical information markets.

With the slide continuing in publishing revenues and profits, the new team at Journal Media Group will be looking for a formula beyond managing the descent. For journalism’s sake, let’s hope they find some answers.

If not, let’s hope some deep-pocketed, local benefactor steps forward to support “non-profit” journalism in the next ownership rendition of the JournalSentinel.