Has anyone changed his or her mind about how to vote in the 2020 presidential election because of the impeachment hearings? Here in Wisconsin, one of the few pivotal states that will determine if President Trump gets re-elected by the electoral college, I haven’t heard a single change of mind. 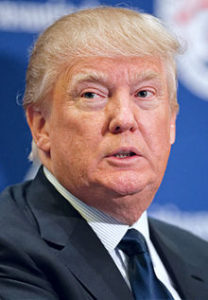 Mostly, people here seemed bored or indifferent to the impeachment process. They know the highly divisive chief executive will still be in office when and if the U.S. Senate finishes its trial.

For the time being, therefore, most cheeseheads in the middle are holding their counsel. Many have ruled out political talk inside families and with friends. Relationships are more important than tit-for-tat political arguments. We know it’s to early to make a final judgement on who to vote for.

A lot of the hesitation to leap to judgement stems from the indecision in the Democratic Party on who is going to take on our commander in chief. Until the Democrats leaders stumble to a nomination, the all-important swing voters will keep their powder dry.

They are the ones who will make the difference on where the state’s ten electoral votes end up. A plurality in this state rules. Victory by one vote, even if not a majority, wins the ten votes.

Peggy Noonan, former speech writer for Ronald Reagan and one of the country’s most experienced columnists, argues that the Democrat lurch to the left is far more determinative than the impeachment.

Trump is running about dead even in the Marquette poll with Joe Biden, Warren, Sanders and Pete Butgieg, which is scary for both sides. Is there a Democratic candidate who can break from the pack? 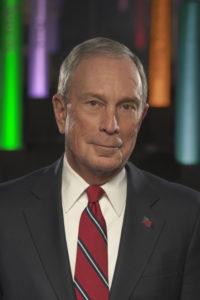 The most likely is Michael Bloomberg, who was in Milwaukee Saturday. The former mayor of New York in more pragmatic and nonpartisan than those in the pack. Like Trump, he has switched parties to get elected. He was a Republican during his three terms as New York mayor.

Trump flipped between the parties, too. He is unpredictable, but by now we know he is.

There are many unknowns about Bloomberg’s candidacy. Can a New York billionaire peel off votes from the narrow undecided middle? Can he appeal to Wisconsin farmers, who have been beat up under Trump’s tariff wars? Can he pick up votes from educated suburban women who went for Trump in 2016 and are now defecting from his base?

Can Bloomberg reassure resentful white men who support Trump because they love what’s happened to their 401k accounts? To keep the economy moving, they may prefer a self-made billionaire to a dubious billionaire, a trust fund heir who has bankrupted a half dozen companies.

During his Wisconsin out-reach, it became clear that Bloomberg will be Trump’s most formidable foe. Even if he doesn’t win the state’s or national Democratic primary, he said he will keep his campaign offices open to help defeat Trump.

Bloomberg is tough enough to deal with the Trump insults. His policy positions stand in stark contrast to the president’s. The New Yorker, for example, has worked to mitigate climate change and has taken on the NRA to lower gun violence. He’s for Medicare for all who are uncovered a middle road. Trump has no major position on the uninsured.

It’s going to be a helluva fight.

And we Badgers have front row seats.

This entry was posted in Partisan Politics, Uncategorized. Bookmark the permalink.