Kevin Nicholson’s recent answer on a talk radio show on how to deal with the 800,000 children of illegal parents in the United States was patently simple: they’re “illegal.”

Now that’s real problem solving from a guy who wants to be a U.S. senator from Wisconsin. Nicholson is essentially running as a former Marine captain who served in Iraq and Afghanistan. That’s worth a lot, but the Marine Corps does not teach its young officers how to deal with public policy. (Disclosure: I was one a long time ago.) 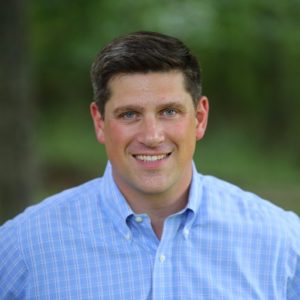 What the Corps does teach is how to deal with reality. Nicholson has also had a stint in business, and, above all else, business leaders have to learn to deal with the realities of the marketplace. It’s a simple as this: Deal with reality or go out of business.

In that vein, it would be so useful if Nicholson, his Republican opponent Leah Vukmir and their Democratic opponent for the senate election next November. Sen. Tammy Baldwin, would rise above political can’t and deal with these realties as they deal with the country’s long-unsolved immigration issue:

• There is no way either party is going to deport 800,000 “dreamers,” children born here. Can you imagine the news stories as the Trump Administration rounds up these kids to send them to countries where they wouldn’t speak the language? Every one would be front page news in local newspapers. It would be political disaster. So, here’s political reality: forget the rhetoric; it’s not going to happen.

• The unemployment rate in the country has dropped to about 4%, considered full employment. Help wanted signs are everywhere. Employers are desperate for good workers. Most CEOs oppose cuts in legal immigration. The economy would stall without a flow of immigrants.

• Some sectors, like dairy farming and long-term care of aging boomers, could not operate in absence of immigrants. Most Americans are not attracted to those tough, lower wage jobs. Half of dairy workers are immigrants. It’s one-quarter for long-term care and home care workers and rising.

• The U.S. birth rate is at a record low, fewer than two children per woman. There are not enough newborns to replace the deaths. Immigration offsets that continuing decline. 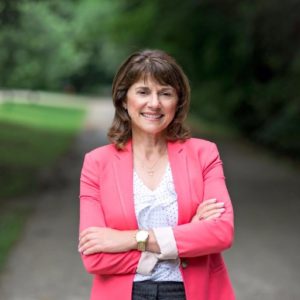 These senatorial candidates need to learn that good policy is good politics. Drawing from both parties, there is a pragmatic compromise that would play well with most Americans, not the adamant “base” voters at the extremes of their parties, but the majority in the middle:

• Give the 11 to 12 million illegal immigrants work permits, but never citizenship.

• Give their children citizenship if they have good track records.

• Continue to deport serious criminals, as President Obama did and President Trump is doing.

• Tighten border security using the best technologies and sections of “wall” where appropriate. The flow of illegal immigrants has dropped sharply in recent years, meaning border controls can work.

• Go to a merit system for entrance to the U.S., like Canada does, knowing that Melania Trump would not have made the cut.

Our dealmaker president would have to drop elements his campaign bombast as well. If Congress brings him a pragmatic bill that squares with the realistic needs of the nation, sign it.

He would win some badly needed support beyond his base of about one-third of U.S. voters. He could command the high ground and center stage, where he loves to be, if he fix a long-standing issue that needs fixing.