Let’s talk about a subject that few in Wisconsin, including the media, want to talk about. That would be the interconnection between the epidemic of births to single mothers, poverty and contraceptives. 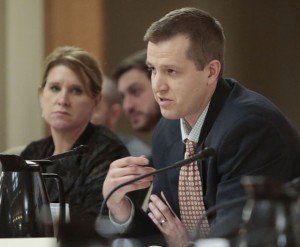 One brave Wisconsin legislator has broached parts of the subject. In his yearend letter, Rep. Dale Kooyenga (R-Brookfield) talked about Christmas and the importance of meaningful relationships and on that theme wrote:

“The problem with many government programs is they discourage a traditional family structure. Near the start of the war on poverty, Daniel Patrick Moynihan, a well-respected Democrat from New York, warned that the public benefits associated with assisting black families may have the unintended consequences of discouraging traditional black families. He was ridiculed by many in academia and government – precisely those who were designing the government based solutions.

“At the time, one in four black children were born to unwed mothers. Today, two out of three black children are born to unwed mothers. This is not necessarily a racial issue 50 years later. The likelihood of being an adult in poverty is more closely correlated with being born to an unwed mother than correlated to race. In other words, a black child born into poverty, but with a traditional family structure, is more likely to escape poverty than a white child born into poverty without a traditional family structure. I am not preaching my world view, I am simply summarizing the data.”

He goes on to tell of his successful fight for the “Safe Families” program that enables hosting children while their single mothers get their feet under them with services like rehabilitation and job training. His family has hosted several children.

Kooyenga is tackling a problem that needs to be tackled even more broadly. First off, his numbers are on the low side. The birth rate to single moms of all kinds in Milwaukee County is 55%. It’s 37% across Wisconsin. Births to black single mothers in Wisconsin and Milwaukee are 85% and 87% respectively.

It doesn’t have to be that way. Thanks in great part to a $50 million donation from the Susan Thompson Buffett Foundation that made contraceptives widely available from 2008 to 2013 in Colorado, the single birth rate for all moms has dropped to 23% there. For black moms it is 42%, half of the Wisconsin rate.

The foundation has done break-through work to promote updated IUDs, the contraceptive of choice for most women, and LARCs (long acting reversible contraceptives). It aims to lower the price on a generic IUD to $50 to make them affordable. The IUDs are more than 99% effective in preventing pregnancies.

According to a Bloomberg report on Buffet’s game changing philanthropy, Democratic Gov. John Hickenlooper, said, “The initiative has saved Colorado millions of dollars.”

In short, reducing births top single moms is not only a social issue; it is also economic development issue that needs to be tackled in a color-blind manner.

For openers, Wisconsin needs to get the issue into the public dialogue about poverty, income inequality and workforce development. Kooyenga got the dialogue started for the new year.