No need for GOP empty suit on health care

Could the masterminds in the Republican Party explain why they have such a hard time coming up with a national policy for the delivery of health care in America?

For openers, you would think they would learn from their mistakes. Confused opposition to ObamaCare cost Mitt Romney the 2012 presidential election. He had created its progenitor as governor of Massachusetts to solve the access issue, so he came off as an empty suit on the national issue by opposing its clone and, derivatively, on other major issues as well.

Secondly, do they read polls? A majority of Americans wants the Affordable Care Act kept and/or fixed. It will be near impossible politically to take away the subsidies now that millions enjoy for the purchase of policies on the health care exchanges.

Finally, Republicans are supposed to be the guys who get business, but they are not paying attention to the private sector that is roaring ahead with a host of grassroots reforms that revolve around good-old-fashioned GOP principles like individual responsibility, market disciplines, incentives and disincentives and corporate leadership, company by company. They just oppose ObamaCare and offer no substantive alternatives. Why would the masterminds not graft those hard-earned lessons onto a national solution for health care?

Some, like Paul Ryan, posit that health insurers are the answer. But they are middlemen, and people in the middle don’t usually rock the boat. They are not long on innovation or reform.

Has he not noticed that health insurers are being taken out of the risk business? They are being what’s called “disintermediated.” More than four of five private employers with more than 200 employees are now self-insured. They, not the insurers, are under-writing most of the risk. And employers are willing to do so because they are learning how to manage workforce health, related costs and thereby reduce the risks.

Besides, the GOP repeal message is four-years-old and getting stale. It’s time for some new music.

• Park the repeal rhetoric and call for the elimination of the mandates for coverage on employers and individuals and the associated penalties and potential prosecutions by the IRS. Those top-down strictures are going to very politically unpopular as they are implemented in the run-up to the 2016 presidential elections. Even Democrats will run from the penalties.

• Continue and build incentives so employers stay in the health care game. Those private payers are the real reformers. Let employers keep deductibility for the health care benefit, but extend the deduction to individuals as well. What better investment than in the health of Americans? It’s higher priority than even subsidies for buying a house or getting an education.

• Insist that all policies, either individual or company, support incentives and disincentives for good behavior, like staying healthy and making smart value-based buys. That means higher deductibles (like all other insurances) and Health Savings Accounts (a thoroughly Republican concept). Most of the policies sold on the new exchanges are consumer-driven, because they save 20-30% over free lunch policies.

• Do what private employers are doing across the land, including IBM for its 430,000 employees: make sure everyone has access to a medical home. There, proactive primary care can counter the reactive care model that is the standard at most big health care systems. There, serious management of chronic diseases can be deployed. Proven savings of 30-40% result. There is a stampede to on-site or near-site clinics to improve workforce health. If you won’t’ follow lead of private payers, your allies, then follow local units of government, like school districts, who are launching the same reform. Unionized teachers love the on-site clinics.

• No other country puts specialists ahead of primary care docs. Raise the pay of primary care physicians in medical homes to entice more medical school students to go into the field. 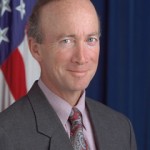 • Walk the walk on transparency for prices and quality. Publish all health care prices for all government plans. Your donors in the insurer and provider ranks won’t like it, but do it any way. Make law that says aggregated claims data (never individual data) be made public. Incomprehensible medical bills need to be history. 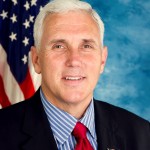 • Follow the lead of big payers like CALPERS, the California buyer of health care for 1.3 million people, Safeway, Walmart, Pepsico and Loews and promote bundled and/or capped prices for episodes of care. Ask for warranties on surgeries. They are being offered by leading providers.

• Promote lean disciplines in all American hospital and clinics. Those disciplines have saved American manufacturers in the face of fierce global competition. They can save American medicine, too, by driving out all forms of waste and defects, including hospital induced killer infections. Figure out that there is an inverse correlation between price and quality in health care: cheaper is better.

So, there, from 100,000 feet, that’s your roadmap, already drawn up in the private sector. It could also be the roadmap for Democrats if they adopted some humility and admitted to the need to amend ObamaCare.