U.S. citizens, patients, taxpayers, politicians – the whole lot of us seem to have gone numb in the face of never-ending jumps in the price of health care in America.

The price of care has jumped to more than $27,000 for a family of four in an employer-sponsored plan, according to the Kaiser Health Foundation, and most of us show no outrage. It’s an invisible tax on every American family. It keeps a big swath of our population from getting ahead.

It’s even worse than that the big number suggests for the average Joe. Payers have been steadily shifting the burden to employees. The employee share is now 44%, or more than $11,000 each. That is major league pain.

You would think leaders in the Medical Industrial Complex, the guys drawing enormous salaries, would at least apologize. But they don’t.

They hospital and insurer corporations and merge, consolidate, get bigger, build edifices, do a lot of advertising, and celebrate when the price of care goes up only 7-8% in the private sector and only 4.5% across the board in the public and private sectors combined. The 4.5% is still a bad number.

Meanwhile, the MIC makes record amounts of money, including the “non-profits.”

President Trump and his administration appear to unaware that health price inflation is the biggest economic issue in the nation. They are taking apart Obamacare piece by piece, but have no alternative strategy. It’s a non-subject.

The Democrats are just as thin on health care policy. They want to reinstate Obamacare, which helped drive costs and prices through the roof. Not going to happen, but at least, the Affordable Care Act dealt with access to the ever more unaffordable care. 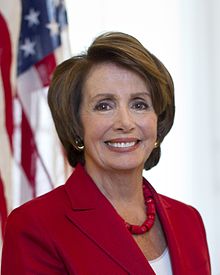 Nancy Pelosi sashayed through Wisconsin last week and touted Medicare for All as a cure-all, but, like Bernie Sanders, NEVER mentioned the price tag for that largesse. That’s because it would require raising the payroll tax to 40% or more from the current 12.5% for Social Security.

If she had stuck around for some serious conversation with Wisconsin policy thinkers, she might have learned that Medicare Advantage for All would be a far better solution. Some one-third of Medicare recipients have opted for the Advantage programs offered by health insurers, because they offer choice and extra benefits beyond straight Medicare- without more premium.

United Health Care is offering a Medicare Advantage Plan for people eligible for both Medicare and Medicaid, the “dual eligibles,” and it offers these added options for no added charge, such as vision care.
Whey then does Wisconsin, or any state, need Medicaid? There’s a better answer that works for both parties, since Advantage has choice and competition, which the GOP likes.

Over on the private sector side, other experiments are being offered to break the MIC stranglehold on the economy. Here are some potential break-throughs:

• Narrow networks are offering bigger discounts on health prices in return for staying with one set of providers.

• The use of generic drugs is now 86% of scripts, which has slowed branded drug inflation to 6.9%, though still an unacceptable annual increase.

• On-site or near-site primary clinics continue to expand their reach, as do retail clinics. They are a bargain compared to hospital clinics.

• Telemedicine is slowly growing, at lower prices and more convenience.

• Diagnoses assisted by artificial intelligence have a toe in door, but doctors are slow to accept the technology. It will happen, but not as fast as it could and should.

• Nearly 70% of U.S. hospitals have adopted some form of the Lean disciplines that transformed the manufacturing world, cutting expensive waste and dangerous defects. Only 13% of the hospitals have taken Lean to a mature level, so there is much room for cost cutting. Note: the best quality hospitals are also the lowest priced.

These are the kinds of changes that the new collaboration between Foxconn and merged Aurora/Advocate health systems may be cooking up in Wisconsin and northern Illinois. It is what Buffet, Dimon and Bezos are looking for, too.

So, there is hope for change. But don’t look to the national or state capitols for leadership or good ideas. Meanwhile, just suck up hyper-inflation and hope innovators in the private sector can disrupt the MIC. .