What’s worse, a pandemic or an economic depression?

By now, it has dawned on most Americans, not all, that we, all of us, are facing a double-edged sword that is going to cause havoc on both our physical and economic lives. It’s not an either/or. We are dealing simultaneously with both sharp edges of the sword. 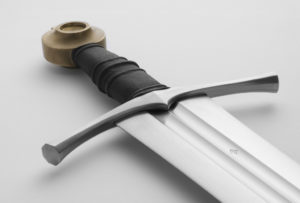 To dull the damage, massive government intervention is required on the scale of our mobilization for World War II. Unprecedented American resources, public and private, will be required to control the medical convulsion from the Coronavirus pandemic, but also to head off a depression.

We never before have had to deal with two life-threatening monsters at the same time. In World War II, the existential enemy was Hitler and his allies, but the home economy was working in full force to fill military orders. More than 400,000 American servicemen and women died in that war, but U.S. households didn’t go bankrupt.

In the Great Recession of 2007-2009, we had to deal with a near depression caused by Wall Street greed and government malpractice. People lost their homes and economic security, but they didn’t lose their lives, unless their financial distress drove them to take their own lives.

This time around we are fighting two fronts – against a virulent virus that is killing and will kill many people, no matter what measures we take, and against job and business losses that will leave many American families in crushing economic straits.

On a national level on the medical side, put the nation’s smartest and most experienced doctors and scientists in charge of prescriptions. The job of the politicians is to essentially shut up and give health workers all the resources they need, whatever the current cost, to deal with the sick and to find a vaccine.

On the economic side, the politicians will want to give every household $1000 to $2400 in quick cash, knowing it will do little to stimulate the demand side of the economy. It will help a little, but it’s a Band-Aid.

Extending unemployment insurance will help, but it’s just a bigger Band-Aid. No one living on unemployment checks is buying a car or a dishwasher. They are buying nothing except day-to-day essentials.

No one likes to talk in pragmatic ways when panic or near panic prevails, but our leaders need to keep as many businesses open as possible. The economy can only be stabilized by jobs with good paychecks from operating companies.

What the big majority of companies need in times in plummeting sales is liquidity. Major corporations with strong balance sheets may be able weather economic tsunamis, but small and medium companies cannot. In order to survive, they have already started widespread layoffs. Some small companies have already gone out of business.

Congressional leaders are on the right track by drafting a bipartisan bill to infuse several trillion in capital into a wide range of companies, starting with those providing essential services like health care, food supplies and basic transportation, but ending with a broad swath of businesses that make up the economy.

They need to put up whatever it takes — $2 trillion or $3 trillion. And they need to do it quickly.

Before the screams of bailout hit a high pitch, make the infusions of capital in the form of long-term, subordinated loans at low interest rates. That money will be paid back when economic daylight re-emerges. Note: most of huge bailout loans to the automotive industry in the Great Recession got paid back.

Importantly, don’t screw around. Get those loans out. Don’t go through the existing bureaucracies. The funds will arrive way too late to put a tourniquet on the developing hemorrhage.

Put the loans out through the nation’s banks that already know their customers. Give them 100% loan guarantees. But mandate that they complete the loans within 60 days.

(Disclosure: my company will be applying for whatever temporary loans become available. Our business is falling off.)

Trust the companies to take the necessary steps to keep their people as safe as possible while working. That has already happened for the most part.

Keep in mind that is corporate taxes and taxes on their employees’ wages that keep the economic engine running and fund the response to the pandemic.

For Wisconsin, follow the doctors’ and scientists’ leads. If funds are short, dip into the equivalent of $800 million given to the state’s two medical colleges by Blue Cross 20 years ago for public health.

For individuals, be nice and understanding to fellow Americans (except for the reckless and lawless among us). Try to be positive and helpful at whatever level you can be effective.

We are in this two-edged fight together.