This year’s heart-breaking floods in central Europe and big swaths of the United States point to how far-sighted conservationists have been in their work along the Milwaukee River and its three tributaries in Washington and Ozaukee Counties.

For decades they have been clairvoyant and strategic in acquiring and protecting sponge areas upstream of the urban areas in both counties and Milwaukee County.

More than 11,000 acres that absorb rainwater before it rushes south have been preserved from development by Milwaukee Metropolitan Sewerage District (MMSD), the Ozaukee Washington Land Trust (OWLT), and the Cedar Lakes Conservation Foundation (CLCF).

Their work started before climate change became a proven concept. The leaders of those organizations were brilliant in looking ahead to preserve river banks and the watersheds. No one will ever really know how many downstream floods were prevented by the waters that were contained in these natural sponge areas until they were either captured for ground water or slowly released to their tributaries.

In the beginning, the two land trusts were primarily concerned with land acquisition, but down deep knew that preserving watersheds would preserve water quality. They were aware of the benefits of flood control, but it was not their driving motivation. Water quality was foremost.

Urban myth in Washington County was that you could drink the water directly out of Big Cedar Lake. That belief was backed up by many water quality tests.

But for MMSD and its leader Kevin Shafer, flood control was always front and center. Its strategy is known as Greenseams.

The Greenseams project saved 4500 acres upstream; OWLT has protected 4500 acres in the watershed; and CLCF has preserved 2500 acres. There is some overlap, but all three entities worked to protect the watershed.

Those projects would never have been possible at that magnitude without highly effective partnerships. MMSD has provided the monies for many of the projects launched by the two land trusts. So has the Wisconsin Department of Natural Resources. Federal monies also came into play on some projects.

Of extreme importance has been the Wisconsin Knowles-Nelson Stewardship Fund, which has provided matching money for private and local governmental investments in particular chunks of land.

The Stewardship Fund has been under continual scrutiny by the Wisconsin Republican Party, but several leading Republicans have stepped up in the last three decades to keep it alive. That includes Sen. Roberta Darling, and former Sen. Mary Panzer. They knew that cost-cutting in the present tense isn’t always a virtue. Investments in clean water and flood control have proved to be a long-term smart bet.

That is blindingly clear in the face of flooding that hits the front pages of newspapers across the world on what seems to be a weekly basis. The expenditures for flood damage far, far outweigh investments at the front end that contain waters upstream before they hit the narrower channels downstream that are susceptible to overflow. Some of the recent extreme downpours are the worst in history, up to a foot of rain in short bursts, have dramatically made the case for upstream flood control. 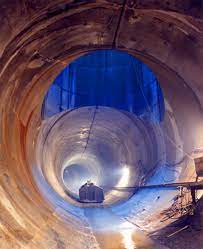 The overflows in the Milwaukee urban area are doubly damaging when they exceed the capacity of the Big Tunnel, and raw sewage has to be pumped directly into Lake Michigan.

The upstream mitigation combined with the Big Tunnel have greatly reduced the number of sewerage overflows. How much is that worth?

Wisconsin has always led the way in thinking about the environment and intelligent conservation. We were more than lucky to have thinkers and leaders like Leopold, Muir, Gaylord Nelson, Warren Knowles, and Geoff Maclay of the Cedar Lakes.

How clairvoyant they were to make the connection between the well-being of all creatures on earth, including us humans, and reverence and protection for our natural resources!

The many people in Wisconsin who gave their time, leadership and funds to conservation in the Milwaukee River watershed can be rightly proud of their contributions. You know who you are – thanks.