Joe Biden’s Build Back Better campaign theme is a welcome centrist theme that could help him peel away former Trump supporters, but his people need to sharpen their ideas about job creation.

Wisconsin, a state long on manufacturing, has been pushing job creation for 25 years, and its leaders learned a thing or two as they worked to change from a laggard state on GDP growth to a winner. 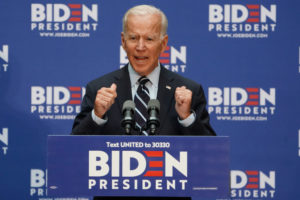 Biden is pushing manufacturing growth as his core jobs initiative, long after Wisconsin concluded that it had to diversify away from that old-line sector. That’s because manufacturing is going the way of ultra-efficient farming; both are getting so efficient that they need ever fewer people to make all the products we can stuff in our two-car garages and mini-storage units and all the food to make us plumper. Less than 2% of the U.S. workers are in agriculture, and only 8% percent are now in manufacturing.

Manufacturers are automating; they are using lean disciplines to streamline their operations; they are using AI to eliminate constraints; and they have been out-sourcing. The country has lost five million factory jobs since 2020; Wisconsin has dropped more than 100,000.

So, in terms of jobs, Biden’s team has picked a declining sector. Not smart. Meanwhile, manufacturing production has soared, and it is still 11% of the U.S. economy. It’s important, but not a generator of job growth.

At the same time, before the pandemic. Wisconsin had dropped its unemployment rate to 2.9% — a wonderfully low level that amounts to full employment. How quickly we forget that Jobs were going begging in 2019.

So, where did our job growth came from where? At the state’s economic summits of 2000-2003, the late UW Economist Don Nichols identified business services as a high-growth sector. It’s mostly based on powerful new IT technologies. Epic, FiServ and Metavante are several examples of big employers that grew fast in that sector. There are also thousands of smaller IT firms.

The point is that Biden, who will soon be president-elect, needs a more balanced economic strategy.

His Job One will be to get the coronavirus epidemic under control. The economy will be stuck in reverse or neutral until that happens. He will do the opposite of the current president; instead of disrespecting and disregarding our best and brightest doctors and scientists, Biden will embrace and galvanize them.

He will create an international collaboration to find therapies and a vaccine. He will rejoin the World Health Organization. In hard reality, we all are all in this together across the globe. It’s a pandemic. Solving the crisis in one country is not enough.

Biden’s team has identified one strategy that will both strengthen our manufacturing base and our national security – reshoring of critical industries like pharmaceuticals, electronics and defense systems and components. Whole supply chains have moved to China, with whom we have stiffened relationships.

We need not be enemies of the Chinese, but we need to be fierce competitors of their subsidized industrial complex. It is inevitable that we will be major adversaries. Trump’s friendships with Chinese leaders and his tariffs did not get the trade imbalances fixed.

It will be a tall task to bring those supply chains back to the U.S. Heavy investments in business subsidies, R&D expenditures and big government contracts to businesses have to be part of the mix.

Biden’s stump speeches about reviving middle class jobs is pitch perfect for the times, but he needs to look beyond traditional manufacturing.

He also needs to understand that startup companies create most of the new jobs in America. Start talking about his game plan for those innovative American entrepreneurs who come from every segment of our society – often first-generation Americans.

His jobs agenda, if crafted more sharply, could win the day for the election and afterward.