The COVID clamps on the available workforce explain much of the inability of the economy to get rolling again. Companies simply cannot get the available work done because they can’t muster full work forces for their operations.

When one worker becomes infected, it can knock out another dozen workers who were exposed. They are unavailable to produce goods and services when they are quarantined. Plant and retail managers are rustling up every worker they can attract to run machines or take care of customers. Backlogs are growing.

Sales can be off as much as 20% because managers can’t get the work out the door.

That, of course, depresses the rebound in the national economy. The fourth quarter numbers are reflecting a dampening of the rebound.

The Center for Disease Control last week helped that picture when it reduced its recommended quarantine period from 14 days of quarantine to 10 after exposure to a positive case and no symptoms. The quarantine recommendation was lowered even further to seven days if the worker tested negative. That helped to put a lot of workers back into active production.

Many other factors affect the fortunes of individual companies and the general economy, such as the expectations for widespread vaccination over the next year. The vaccine rollout will be an enormous positive factor going forward, but it will take at least a year to have a broad impact across the whole society.

Meanwhile, some of the strategies of the Trump administration have also proven to be a drag on the economy. His tax cuts were a stimulus. But, his mixed messages on the virus were damaging.

The president fought to lower exports from China in an effort to keep the jobs at home. He failed completely. Exports from China to the US rose slightly during his four years in office, and they are surging this year. They rose 45% in November.

Exports from other nations to the US also rose significantly during his tenure. 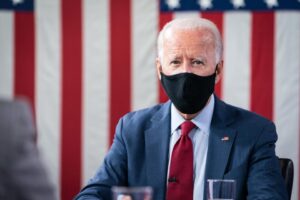 What will Joe Biden do when finally in office to balance the trade with the rest of the world? Like Trump, he talked about bringing jobs home. But he also talked about better relations with partners overseas. Tariffs stiffen relationships.

So, balancing trade will require a lot of tough negotiations for a win-win result, but that takes time. In other words, trade will not be an easy avenue for jump-starting the US economy.

The number of unemployed has been cut by about half since the pandemic low, but 10 million more Americans are still out of work than before the pandemic hit hard in March.

The new administration does not have a lot of chops when it comes to job creation. That’s largely in the domain of the private sector. Biden and his crew are loaded with experienced in managing the government, but are extremely shallow in knowing what to do to help the private sector become vibrant again.

Remember, all tax revenues come directly or indirectly from dynamism in the private sector. Most companies deserve to be revered for providing jobs and tax revenues, but that is not the mindset of the progressives in the Democratic Party. Their proclivity is regulation.

Common sense regulation is a necessity in any economy, but more important is turning entrepreneurs loose to reinvent the economy. They are the job creators, not the government.

Note that the Biden cabinet lacks any semblance of expertise when it comes to innovation, business startups and job creation. Why hasn’t he pulled several of the country’s great entrepreneurs and business managers into his cabinet?

Nor has he tapped economic development experts at the state level. They have been in the trenches of job creation for decades.

They know what works and what doesn’t work for growing a state’s economy. For instance, recruiting from other states or countries is a zero-sum game. They know that the great employers in their states generally have started right in their home state. The great entrepreneurial companies are fast growers, which in turn trickles down to the rest of the economy because they need small and medium size companies in their supply chain.

Hopefully, Mr. Biden is smart enough to talk to the job creation experts and not just rely on platitudes crafted by his speech writers and academic economists.

Meanwhile, rigorous policies and enforcement at the state level to reduce the spread of the virus will be the prime mover for lifting the economy in the short run. We need to get our workers back to work.

Meanwhile, also, congress and state governments need to come to the rescue of people and organizations crippled by the pandemic. Congress is working on a second bailout bill, and it needs to get done ASAP. Some companies need additional bailout capital. And many employees need the $300 per week proposed for continuing unemployment compensation.

The massive bailout of early 2020 worked. It kept many companies afloat that surely would have gone under. And it kept many families afloat.

That’s a major role of government: keep employers and employees viable in times of crisis. The subsidies will be paid back as the economy rebounds.

Get it done on a bi-partisan basis as was accomplished with first emergency relief bill.