There is a tip of a political iceberg showing in the 24th District Assembly race occurring in parts of Washington County. Nobody has paid much attention to it, but the iceberg is there.

The hidden political mass has been surfaced by Rep. Dan Knodl. He is the Republican incumbent who is running for his eighth term and was the leader of the conservative effort to pass a resolution earlier this year that called for a convention of the states to rewrite the U.S. constitution by using its Article V.

If 34 states pass a similar resolution, a wide open convention would be called under Article V, similar to the original constitutional convention of 1787. Wisconsin became the 16th state to pass an enabling resolution in January with a vote of 58-36 in the Assembly and 17-15 in the Senate. Five Republican state senators sided with the Democrats in the minority.

After the Wisconsin vote, Nebraska voted to become the 17th state calling for a convention. 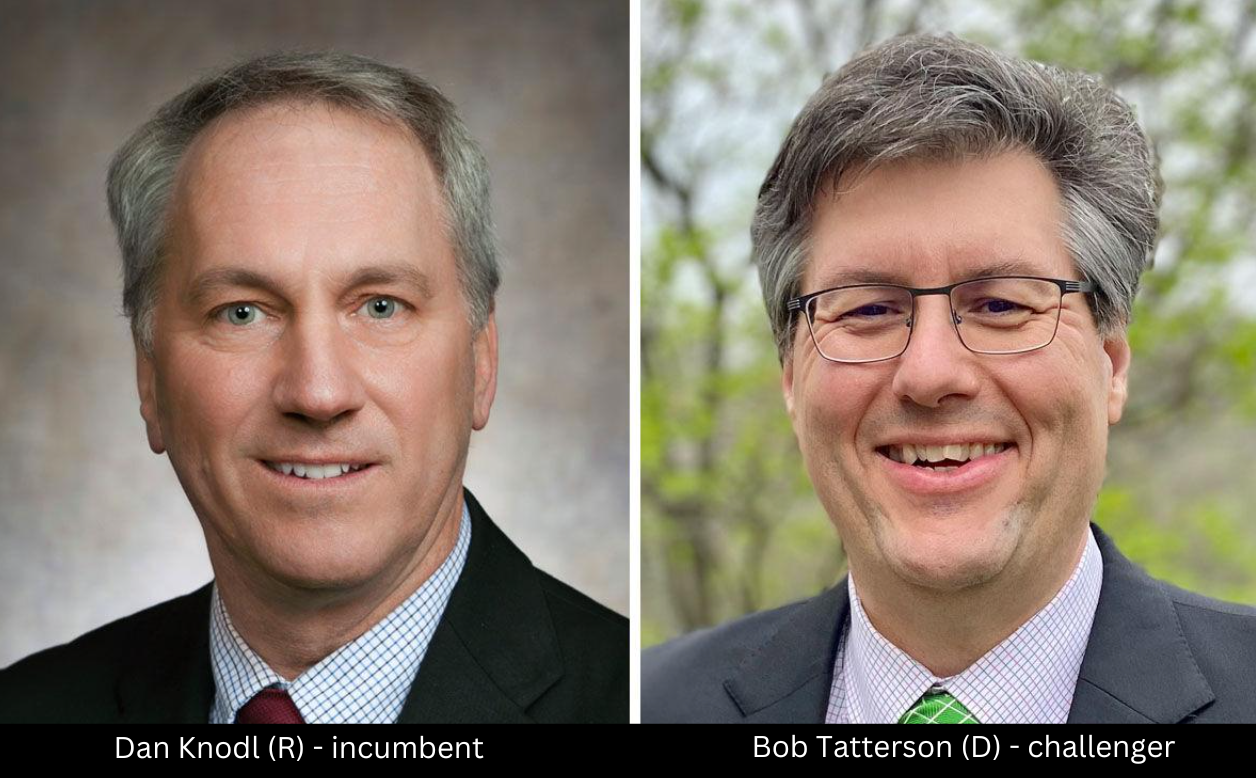 Knodl’s opponent in District 24, Democrat Bob Tatterson of Mequon, has raised the concerns of liberals that the rules for a new convention are largely undefined and therefore the results could be unpredictable.

Liberals like Russ Feingold, a three-term U.S. senator for Wisconsin are hugely worried that “runaway convention” could undermine the country’s original constitution and the 27 amendments that have been added over more than two centuries.

Feingold, now a law professor at Stanford University and a former law professor at Marquette, was energized to write a recently published book called “The Constitution in Jeopardy.” He teamed up with Peter Prindiville, a fellow at the Stanford Constitutional Law Center, to expose a national conservative movement to overhaul our constitution.

They presented their book at a conference at Marquette Law School and made the case that a new convention would “present great danger, and for some, great power.”

I asked Rep. Knodl what the end game would be for him if a convention were called. He would seek a balanced U.S. budget, term limits for U.S. elected officials and limitation on the powers of federal agencies.

It all sounds pretty straight forward, but the agenda for a convention is entirely unclear. Will the delegates from the 50 states vote to eliminate the Environmental Protection Agency? Would they get into the abortion issue? Would they take powers from the IRS?

Because conservative organizations like the American Legislative Exchange Council (ALEC) have been pushing for the convention, Democrats and liberals are wary and almost paranoid about what the right-wing pols are up to.

Knodl says their concerns are unwarranted. Even if 17 more states sign up for the convention, he points out that any amendment coming out of a new convention would have to be ratified by three-quarters of the states.

Further, he says, that means that both houses in the ratifying states would have to vote in favor of any new constitutional amendment.

This monster issue has gained little attention in Wisconsin. But it’s not going to go away at the national level. There is no time limit on getting to the magic number of 34.

It’s an iceberg that could break loose, like the long-brewing conservative effort to overturn the Roe v. Wade abortion compromise. That Supreme Court ruling in 1973 finally succumbed to a long-sustained strategy on the right.

Feingold and Prindiville see the movement as “fringe politics” by the more extreme elements of the conservative movement.

The outcome between Knodl and Tatterson in a realigned district that covers parts of Grafton, Mequon, Germantown and Menomonie Falls will revolve more around their credentials and major Wisconsin issues like the alleged ‘stolen election.”

Knodl has been a resort owner and attended the University of Wisconsin – Madison. He is an experienced legislator, having served on many committees.

Tatterson has a doctorate in engineering and worked at high levels in major corporations that have operations in Wisconsin.

Tatterson has called out Knodl for being one of 15 Wisconsin representatives who asked Vice President Mike Pence to delay the Jan. 6 certification of the Wisconsin presidential election results.

This is a very healthy political contest between two different candidates. Tatterson’s campaign is an uphill battle in what has been mostly red territory.

But has Knodl gone too far to the right as an election denier and challenger to much of the U.S. constitution as it now exists after 234 years?

This entry was posted in Elections 2022. Bookmark the permalink.