Labor Day in Wisconsin prompted the usual, annual “think pieces” – from distinguished sources on the sorry state of economic progress in Wisconsin, and especially Milwaukee, notwithstanding the state’s lowest unemployment rate ever at 3%.

Said Richard Florida, known as a big thinker on urban issues, “There is little overlap between slow-growing cities and slow-growing metros, with only Milwaukee showing up in both.” He is making a broad case for a “new urban crisis.”

Said John Schmid, prize-winning reporter for the Milwaukee Journal-Sentinel, “Year in and year out, the city that will host next year’s Democratic National Convention is among the most impoverished, incarcerated and racially segregated urban centers.” And, “Only recently has it dawned on Milwaukee’s civic elite that 50 years of jobs programs hasn’t halted the downward dynamic.”

There can be little denial that Wisconsin, burdened by Milwaukee, has lagged the nation in economic vibrancy for five decades. The only growth exception was the Tommy Thompson era.

As a punctuation point, Wisconsin has ranked in the bottom five states for job growth so far in 2019. Gov. Evers has a major challenge ahead.

Perhaps because it has been so hard to move the needle on job creation, it has faded as a major public issue. That is especially vivid in comparison to 2010 when Scott Walker ran for governor by promising to create 250,000 jobs by the end of his first four-year term. His two terms in office ended up at slightly better than half of that number.

His anti-union agenda became his predominant strategy. It was more of a political strategy than an economic one, even though aggressive unions certainly had something to do with the flight of manufacturing jobs. As one major data point: Briggs & Stratton moved two large operations south after years of tough union negotiations.

The scarcity of labor also has depreciated the issue. We can’t fill all the available jobs, so why worry about more jobs? It’s a shortsighted perspective, because, as we all know, economies rise and fall or all kinds of reasons, mostly unforeseen.

As Schmid pointed out, we have learned that jobs alone – employers are desperate for good help – are not enough to cure the ailments of our central cities.

I read and reread the Labor Day sermons, but did not see much in the way of solutions. There were the usual Democratic proposals to enrich the economic safety net: higher minimum wages, child care subsidies, more tuition and student debt assistance, more Medicaid monies, higher taxes on the rich to reduce inequality, more food stamps and treatment for poverty-induced trauma.

Still, to my mind, job growth remains a major part of the overall solution – but they need to be good pay jobs, much like those in manufacturing that brought immigrants from Europe to Milwaukee in the 1800s and African Americans from the South in the first two-thirds of the 1900s.

As manufacturing jobs declined over the last 50 years, the good-job base of the economy eroded, especially in Milwaukee. Joblessness, family dysfunction and trauma took root. The spread of drugs made everything worse. Peddling became an alternative economy.

An essential question arises. How do we improve our job mix? It won’t happen through tourism and recreation sectors. Wisconsin has the nation’s lowest wages in those low-pay sectors. In that light, subsidies like the $250 million for the Buck’s Arena appear to be a misguided strategy.

The Foxconn subsidies are directionally right because they are aimed at good-pay jobs, but they are expensive at $200,000 per job and in some doubt as to actuality. 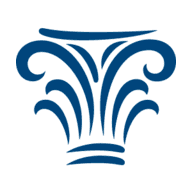 Other recent wins should light the way forward, such as the retention of NML’s headquarters—a $400 million statement about what’s right here. NML’s two campuses house a reported 6,000 good pay jobs.

Some 2000 of those workers are from graduates of UW-Milwaukee. That’s another light bulb. The state needs to build UWM as a world class urban university. Would NML have stayed here without UWM?

The strategic message here is that the financial and insurance sectors are strong growers across the state. They do a lot to fix our weak business mix. West Bend Mutual Insurance and Acuity have been booming in Washington and Ozaukee counties, respectively. 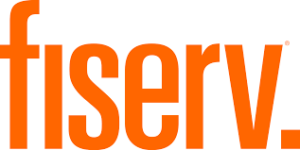 Business services is another sector with good growth and good pay. Fiserv is a beacon for the state in that high-growth part of the economy.

Another bright light over the last two decades has been the advance from a laggard state on new ventures to a middle-of-the-pack ranking. New venture funds are popping up every year, and more successful people are becoming angel investors.

The state’s main contribution to that forward strategy is Act 255 tax credits at 25% of startup investments. From my fund’s experience record, good pay jobs can be created at about 10% of the level of the Foxconn’s subsidies. Why not raise the tax credit to 50%?

Other wins point the way forward to “prosperity jobs” — my term. Oshkosh Corp. just won a jumbo contract, rated at $50 billion overall, for the next generation of light tactical vehicles. That contract will support many prosperity jobs for years to come.

Farther north, Marinette Marine continues to produce the Navy’s high-speed littoral ships. Wisconsin has never had its fair share of defense contracts; these two companies are helping to change that weakness.

Phoenix, a startup Middleton, (my fund is an investor) promises to do the same with grants and contracts for technology to detect IED devices using neutron imaging. Why not add the development of more procurement smarts to our good-jobs strategy, as Les Aspin, former secretary of defense from Racine, worked to do many years ago?

Even lily-pure UW-Madison has deigned to do classified research again 50 years after its Vietnam era ban. Welcome back.

More government dollars could help Milwaukee to good pay jobs. The new Department of Transportation building could have been built in Milwaukee instead of fat and happy Dane County. It’s time for Milwaukee Democrats to stop getting out-politicked by their Dane County brethren.

The university could help, too. It could fund UWM on a fair share basis. It has begun to step out in that direction. It could move its headquarters to Milwaukee where the state’s business center resides.

In short, it’s time for far bolder good pay jobs campaign than in the past. We can’t fix a 50-year problem with mini-steps.