After 3000 Columns, Here Goes My Blog 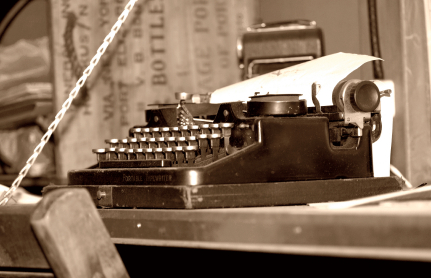 Can an old media guy make it in the new media world? Don’t know, but I’m going to give it a whirl. The new media is decidedly democratic (small d), so I’ll know pretty soon whether what I have to offer is of value to readers.

After more than 50 years of intense involvement in business, journalism and economic development, I think I have something to offer. For most of those years, I penned columns on the business and economic worlds of Wisconsin – more than 3000 columns combined for the small West Bend (WI) News, where I served as editor and general manager, and the Milwaukee Journal Sentinel, where I served as business editor and columnist.

I will continue my 40-year-old local column in West Bend, and I welcome back my former readers of the Journal Sentinel, all seven of them.  I got myself fired in 2010 by the Journal Sentinel editor for some truth-telling about the financial melt-down at his company.

As one of my journalist brothers reminded me in the aftermath, there’s an old proverb that says: “If you are planning on telling the truth, have a fast horse outside the door.”

Me and my old horse aren’t so fast any more, but I’m still engaged in finding innovative solutions for my company, Serigraph Inc., for reinventing the rust belt and for taming the beast of hyper-inflation in health care.

My kind of journalism is the stick-your-nose-into-it brand. Find out what really works and what doesn’t, and the write about it.  My recent book, “The Company That Solved Health Care,” is an example. It is short and direct in telling how Serigraph has essentially flat-lined its health costs over the last eight years. It is about empirical learning. It is about reform from the grass roots up, not the top-down mandate approach of the federal government.

Insolvent Midwestern states are taking notice and are beginning to adopt similar reforms.
My approach to economic reincarnation in the rust belt is the same. Go do something about it, and then write it up.  I am one of the founders of a non-profit group called BizStarts Milwaukee that is promoting a revived entrepreneurial culture in Southeastern Wisconsin. And I helped start an angel investing group, called Successful Entrepreneur Investors LLC, a for-profit network of accredited investors who are putting money into new ventures in the region.

Previously, I had a hand in several entrepreneurial and intrapreneurial ventures. One made it nicely through the gauntlet of startup hurdles.

It’s been great fun and very satisfying. The various players in the region are now starting about one high-growth company a month. I think we can double that pace.

We learned a lot from other regions in the Midwest, such as JumpStarts in the entrepreneur space in Cleveland.  There are many comparables across the great Heartland of this country, and I will try top bring those perspectives and comparisons to bear in my postings.

After leading a leveraged buyout and serving as CEO of Serigraph for 20 years, I moved up to chairman.  My able son and his executive team are running the company, and I try to stay out of their way. I now have the time for my obsessions, and journalism remains one of them.

It’s in my DNA. My grandfather created the Green Bay Press-Gazette and wrote its editorials. My dad was the editor and wrote a book on the early history of the Green Bay Packers called “The Packer Legend – An Inside Look.” And two of my brothers were award winning journalists. Brother Mark wrote a fun-loving book on duck hunting in Saskatchewan called “Prairie Pot Hole Fever.” Journalist brother Tom is an exquisite and accessible poet.

Thanks for checking out this web site. I am a firm believer in dialog as a way of tackling complex issues, so please respond with your thoughts.