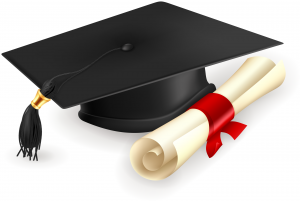 You would hardly know it from the campaign for governor, but Wisconsin has more than a brain drain; it has a brain hemorrhage.

Ask Wisconsin parents and grandparents who have watched their offspring with college degrees move to other states with better job prospects. They tell me how much they miss their kids and grandkids. Their anecdotes put flesh on analyses that show the state losing more than 10,000 college grads per year.

That’s as big number, equal to about one-quarter of all the annual graduates from UW System campuses. The loss contributes to Wisconsin’s lagging percentage of the population holding at least a bachelor’s degree: 27% in 2012, two points below the U.S. average. Minnesota is at 33%.

Both candidates devote about a page to the issue in their campaign white papers on the economy.

In his paper, Gov. Walker cites the erosion of graduates and the need to fill 925,000 job vacancies by 2018, of which 61% will require a postsecondary degree. “We can build on what already has been done to encourage more college graduates to stay in Wisconsin,” he says.

His specific actions and proposals include: a welcome home program for Wisconsin alumni, a flexible degree that allows adults to get credits for experience and reposition themselves in the job market; an improved tax climate; and a potential program to keep international students here after graduation.

His challenger, Mary Burke, cites the need for 670,000 more degreed workers in the next 12 years. “We’re not going to meet that objective if the bright minds we send to the universities and technical colleges then leave the state because they can’t find career opportunities – or quality of life – they seek,” she says.

Her proposals, if elected, include: closer ties between colleges and employers for internships and other work experiences; a statewide data base for internships; robust linkages between college placement offices and employers; financial inducements to stay, such as tax deductions for student loan payments; quality of life issues like marriage equality, improved broadband access and accessible transportation; help for foreign students in science, technology, math and engineering who graduate and want to stay here.

There are plenty of analysts who say that a state’s or region’s prosperity links directly to its treasure chest of smart, young people. Booming Denver’s population of people aged 25-34 grew 47% from 2000 to 2012, while the Milwaukee metro area saw that bracket grow at 15.5%.

There is a ying and yang between the density of young graduates and economic growth. The graduates may take a fling for a year or two, but then go looking for a career. Milwaukee has been growing slowly and pays a price. “That’s the ying. Its quality of life and emerging startup scene have produced some growth in that demographic. The yang is that companies want to be where there is a healthy pool of skilled youngsters.

At the end of the day, job creation is the answer to plugging the brain drain. That’s why both candidates have correctly made it their central issue in the campaigns. We need our kids and grandkids to stay here or move back.

Whoever becomes governor needs to create a Council of Economic Advisors, and that council should make the brain drain one of the priority metrics it tracks, right behind job creation. They go hand in hand.