Tommy will be more than ‘interim’ at UW

What can we expect from Tommy Thompson as the interim president of the University of Wisconsin System? 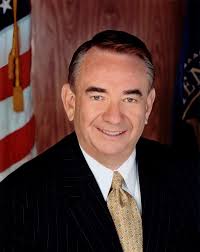 First off, the term “interim” implies a year or so. But it doesn’t seem accurate in describing Thompson’s appointment. He’s there for a year before a renewed search for a permanent president kicks off. That process will take the better part of a year; so it looks like Tommy has two years, enough time to get some major things done.

Further, he has to move with alacrity. He will be doing crisis management, much like an ER doctor in an emergency room. A crisis manager has to make fast but judicious decisions, relying on experience and wise counselors. Inaction is not an option.

The system is facing as much as a $200 million funding gap in the fiscal year that starts July 1. That’s qualifies as a major league crisis.

The financial calamity is compounded by major funding pincers: declining, enrollments; an unwillingness by Gov. Evers and Republican legislative leaders to tap state tax dollars to help the 26 UW campuses; a ten-year, on-going tuition freeze; crippling health costs for university employees; and the impact of the virus pandemic on on expenses and on reopening the campuses.

The UW Regents made brilliant and reportedly unanimous decision to appoint the popular four-term governor. The decision squelched the criticism of a botched search for a new president and headless leadership at the top of UW.

But, given the almost impossible challenge facing the university, why did Thompson take the job?

We all know that he never passes on a challenge. He ran for president in 2008. We know he loves Wisconsin and the university, from which he earned two degrees.

His speeches while governor always sounded like this: “Good morning, everyone. Isn’t it a great day in Wisconsin? The unemployment rate is down; exports are up; our students lead the nation in SAT and ACT scores. The Packers are going to the Super Bowl, and the Badgers are going to the Rose Bowl.”

Then he would say hello to individuals in the audience. He seldom forgets names. Expect more of that positivity, even amidst the meltdown.

His modus operandi is collaborative. I’m sure he has already conferred with Democratic Gov. Evers, who must have signed off on his appointment, with legislative leaders on both sides of the aisle and with regents, regardless of party.

While governor, Thompson was famous for creating commissions and task forces on complex public policy issues. He loves politics, but he also loves policy. He loves pulling in the brightest people in their relevant fields and listening to their findings and solutions.
(That is a marked difference from his successors, who have sought control by relying almost entirely on a tight group of anonymous insiders in the governors’ offices.)

Expect Thompson to pull into his decision making the best and brightest in their disciplines. Does that sound like the Wisconsin Idea?

He will be unshackled compared to the pesidents of the last four decades in that he is not a UW insider. He is a friend of UW, but will be able to be more objective. That will be neded as he makes major calls to reshape the entire system.

A year out, his priority will shift to finding his replacement. However, if he does a good job in the next two years, and if he still has his marbles as he turns 80, the regents may want to talk him into a few more years.

The term “interim” may go away.