Business person for next Madison chancellor? 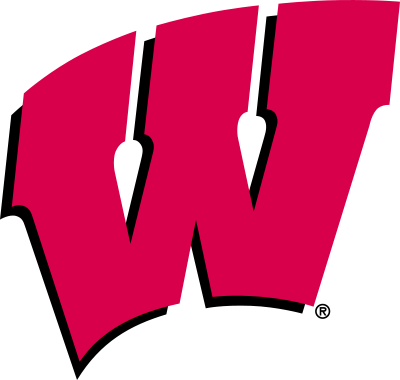 How about a successful business executive as the next chancellor of UW – Madison?

By almost everyone’s estimation, our great universities need a new business model, and that probably isn’t going to happen with candidates from the inside of the academic system.

Former Chancellor Biddy Martin made a run at creating an “authority model” for UW – Madison, but it wasn’t compelling enough to win the votes for secession from UW System. She wanted more autonomy for her campus, but offered too little new and different to the citizens of the state to make a successful case for that grant of authority.

Her plea for a new model was understandable, and it matched the sentiments of her two predecessors in the office. Their dissatisfaction with the current model stemmed from a decade of cuts in financial support by governors and legislatures of both stripes.

Essentially, the chancellors were saying: “If you political leaders aren’t going to fund us a like the public universities heretofore, then allow us to operate more like a private university.”

They have been living in a tough place. On the one hand, the university is enduring revenue reductions. On the other hand, some of its critics want more from the university than a steady flow of graduates. That flow is perhaps the state’s greatest resource, the under-pinning of the economy. But some of us want to see more in the way of new business startups as well.

It’s the startups that help drive the economy and lay the groundwork for an enlarged job base. Epic Systems is such a startup. It now employs 4000 people west of Madison and is adding about 1000 jobs a year. You’ll see legions of UW alumni at work there.

In addition, Epic sits atop a supply chain, creating a market for many smaller firms that also add jobs.  Visit the new Epic campus in Verona and you will see hundreds of construction workers working full speed to provide enough facilities to keep up with Epic’s growth.

That’s the kind of dynamism that needs to be replicated many times over in Wisconsin. There have been less than ten startups a year coming out of UW – Madison, and the number of new ventures coming out of the other 12 UW campuses has been negligible.

UW — Milwaukee just gave birth to Aurora Spectral Technologies, one of its first startups. It microscope module allows scientists to look at protein reactions in ways not possible before. Without the new UW Milwaukee Research Foundation, that launch would have never happened.

So, what can we learn from these pushes and pulls on the UW System? My take is that if the universities recast themselves as job creators they would have a lot better success record in winning funds. Any organization that can improve the prosperity of the citizens of the state by creating jobs deserves funding. Look at the politicians who win election by promising jobs.

The university campuses are a treasure trove of intellectual property, but few have figured out how to translate that in to new companies. Lane Brostrom did it in Milwaukee when he ran TechStar, a technology transfer consortium of five universities.

He prowled the halls of the Medical College of Wisconsin and pulled nine startups from its intellectual property. He found six others on the other four campuses. He did that in four years, proving it can be done.

Unfortunately, TechStar succumbed to the hen pecking of bureaucrats in the universities and the state Department of Commerce. It ran out of runway money and died in 2006.

Subsequently, one of the startups made it big, sold for lots of money and repaid all the initial investments. Some of the launches didn’t make it, but others are still in the race.

Ergo, we need a new chancellor in Madison who understands the entrepreneurial economy, technology transfer and the wonderful things that happen for the university and the state’s citizens when innovations from academe make it successfully to the marketplace.

The Wisconsin Alumni Research Foundation in Madison has done a great job with patenting and licensing, but it has been a virtual non-player today to date in startups. It needs to take on that assignment across the state with its multi-billion fund. A chancellor with experience in technology would push in that direction.

Other universities, like Washington, Utah and Georgia have made such moves at the top. The University of Lund in Sweden has spun off more than 100 biotech and IT companies.

Mike Lovell, the new chancellor at UW – Milwaukee, understands that world completely. He knows how to get the university and industry to work together. He just launched Innovation Park as a new engineering campus near MCW and GE Healthcare for that purpose. He has created an energy consortium that engages several universities with industry players.

The regents should find his equivalent for Madison. The benefits from a systematic, versus episodic, launch of new ventures from university knowledge would be many.