Piecemeal reorganization of UWS marches on

Piece by piece, without an overall strategic plan, forced by financial constraints, the University of Wisconsin System (UWS) is undergoing reorganization.

The latest major departure from long-established UWS structure is the decision by UW – Stevens Point to focus on STEM majors – science, technology, engineering and mathematics – at the expense of humanities majors in subjects like history and English. 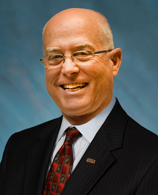 UW – Stevens Point will still offer courses in those disciplines, but will concentrate its resources where the job markets are hot. Thirteen humanities majors will go, while 16 STEM programs will be added.

This pragmatic decision is causing uproar among defenders of liberal arts education. They make a good argument that courses in literature, languages and history help to shape critical thinking skills in our future citizenry.

Most employers would agree that the best employees have a combination of hard and soft skills, the former needed to get technical projects done, the latter to be leaders, team players and creative thinkers.

How can an ascending employee lead and manage others without the ability to communicate clearly with well-crafted written and spoken language?

A big part of the pivot at Point has to do with financial resources at several levels. Students are less willing to take on mountains of education debt if there isn’t a well-paying job at the end of the school rainbow.

A second piece is the decade-long series of cuts in state support for the 26 UWS campuses. Most have been forced to make staff cuts to make their budgets work. Some campuses have avoided strategic decisions, choosing instead to let openings go unfilled, to encourage retirements across departments and to curtail expansions of new programs or degrees.

A third factor in forcing a downsizing of staff has been declining enrollments at many campuses. Fewer students, due partly to a declining pool of 18-year-olds, coupled with a strong job market, mean less tuition revenue on the top line. That, in turn, also results in fewer teaching and staff positions.

The budget deficit at Point prior to the changes was $4.5 million.
UW – Madison is an exception. The flagship has the huge revenue benefit of steady enrollments. It has more applications than admissions. It draws out-of-state students at high tuitions. It has support from foundations with more than $8 billion in assets. It receives around $1 billion in research and development funding to support investigators.

It is a huge positive for the state that UW – Madison is well funded. The challenge for the state’s economy is at the other 25 campuses.

UW President Ray Cross has made two strategic decisions to adjust to the financial realities. He and the regents have consolidated the UW Extension into UW – Madison. That historic institution was intended to extend the resources of the flagship campus to the rest of the state. This move, though, has the appearance of increasing the Madison-centricity of the system.

Cross and the regents also consolidated the 13 two-year colleges into the four-year campuses. UW – Washington County and UW – Waukesha, for instance, will become satellites of UW – Milwaukee on July 1. A lot of internal work is going on to make that transition happen.

This rearrangement can be seen as a first step toward a regional reorganization of UWS. UW – Milwaukee will have more reach and more political support as it makes deeper connections with the prosperity of southeastern Wisconsin.

Hopefully, both Republican and Democratic legislators and regents in the M7 Region will mobilize in making UWM a heavyweight institution as a companion to UW – Madison. UWM is already on that trajectory.

The two parties got together to win $250 million in subsidies for the Milwaukee Bucks Arena. UWM is far more important.

Chancellor Bernie L. Patterson at UW Stevens Point also made a huge strategic decision, choosing to specialize in STEM degrees. Smart. That’s where the best jobs are in today’s world. His move should boost enrollment of pragmatic students and parents.

That’s not to say Point will abandon the liberal arts. Courses will still be offered to complement the STEM degrees.

All of there structural changes are being made to deal with the realities of education funding and career opportunities.

To that point, Foxconn won’t be hiring poets and thespians. It will be hiring 13,000 people with hard skills to offer, ideally in tandem with grounding in liberal arts courses.

What is really needed is a high level commission to pull together a coherent path forward for the UW System. The piecemeal approach lacks strategic clarity.