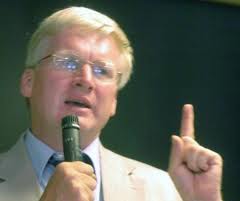 Glenn Grothman decided it was time to fire some real bullets in the Republican campaign to make Wisconsin a more business-friendly state.

Without a lot of fanfare, he engineered a plank in the new state budget that effectively erases almost all of the corporate income tax for employers in manufacturing and agri-business. It is a tax credit that offsets most of the state’s 7.9% corporate rate by 2016 when fully phased in.

The absence of loud applause or major brickbats probably stems from the four-year phase-in and the delayed start date of 2013. There is no immediate impact on businesses or on the stressed state treasury, which can’t afford a big hit in the near term.

The Republicans passed a few symbolic tax cuts after taking control of the legislature and governor’s mansion early this year, but they have had little impact on existing businesses or on the perception of the state as a place to do business.

The measure pushed by Sen. Grothman (R-West Bend) and co-author , Rep. Dale Kooyenga (R-Brookfield) will have an impact. It will send a strong message that the state wants to promote and protect its two bedrock clusters.

Even though manufacturing has been buffeted by shifts of production to low cost countries and by the Wall Street engendered collapse of the economy, it still accounts for 15% of the employment in Wisconsin, the highest percentage in the country. And farm related products account for more than one-quarter of the state’s GDP.

The savings to the two clusters start small, but grows to as significant number by 2017. The impact on the 2012-13 fiscal year is only about $10 million, but rises to $129 million when fully implemented in 2016-17. That’s a very real tax break, more than enough to catch the attention of a CEO making an expansion decision.

The state’s new economic blueprint -–“Be Bold – The Wisconsin Prosperity Strategy” – did not call for such a tax break, but it did call for a “hugging” the market leading companies in the clusters. This level of cut constitutes such a hug.

The market leading corporations need to be happy in Wisconsin, because they are the tops of the supply chains that smaller and mid-size companies sell into. Economic activity starts at the top and is regenerated at the bottom by entrepreneurs who spring out of the clusters with innovative ventures.

The entrepreneurs create the market leading companies of the future. All the great companies in Wisconsin started here. So, they need hugs, too.

Entrepreneurs are not worried about taxes at the outset, but they need healthy supply chains to sell into. They also need the larger corporations for strategic exits.

Implementation rules for the tax credit will be important. Most economic developers put the number of clusters in the state at 10 to 12. But several, like printing, medical devices, sensors and controls, paper making and forest products, should be construed to be “manufacturing.” As called out in “Be Bold,” they all fit under the heading of “advanced manufacturing.”

That way, about half of the clusters will be included in the tax credit. Imagine the positive impact on the frames of minds of executives at market leaders like QuadGraphics, GE Healthcare, Georgia Pacific, MillerCoors, Kohler, JCI and S.C. Johnson.

The Republicans are making the bet that the improved business climate in manufacturing and agri-business will create new employment to offset the loss of revenue from the tax credits. New jobs mean higher sales and personal income taxes.

The tax credit looks to be a good bet.