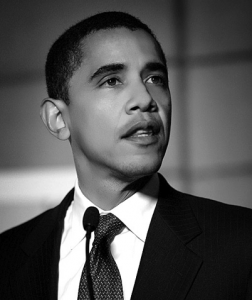 In his Iowa campaign, President Obama took credit for shutting down tax breaks for companies that ship jobs and profits overseas. There’s only one slight problem: there essentially are no such tax breaks.

With Serigraph plants in Mexico, India and China, our CFO and tax firm can’t find any. Zip. Nada. None.

The Obama Administration did find one very minor “break,” but it doesn’t amount to much. U.S. companies doing business abroad (don’t we want to be players in the global economy?) pay the going corporate tax rates in each country where they make money, usually at lower rates than the 34% U.S. corporate rate.  (States tack on additional corporate income taxes.)

Then, when they bring the after-tax profits back to the United States, they pay to the IRS the difference between the foreign rate and the U.S. rate.  We are one of the few countries where firms pay both the foreign and domestic tax. Other countries want their companies doing business abroad.

American firms often delay the repatriation of their foreign profits, preferring to leave the cash in the subsidiaries. That means a delay in the payments of the tax balance to the IRS. But that’s not a “tax break” in normal business terminology.  The U.S. portion of the tax is just deferred.

Apparently, some firms were taking an early tax credit for the foreign taxes paid, and that is the loophole that the Obama revenuers closed. Pretty small potatoes.

The president has also been praising in patriotic terms the return of some jobs from aboard, mainly China. He cited Master Lock’s return of 100 jobs from China to the U.S. There is a little of that going on, but it doesn’t have much to do with our federal government.  For perspective sake, note that single factories in China employ more than 200,000 people, all making products bound for the U.S.

China is losing part of its competitive advantage because of its labor unrest, high turnover rates for workers and managers, high wage inflation that has raise hourly rates to levels paid in Mexico, high shipping costs and continuing theft of intellectual property (IP).

The previous Bush administration and Obama’s deserve some credit for continuing to put upward pressure on the Chinese currency, and that helps level the playing field for manufacturers. The Yuan has hardened about 16% against the dollar, a big help.

But President Obama has done very little about the continuing growth of the U.S. trade deficit with China, which ran about $275 billion in 2011. At  $200,000 of sales per manufacturing  job, that imbalance accounts for about half the 5.8 million lost jobs in that sector.

He’s a fan of Warren Buffet, but hasn’t followed the Oracle’s advice on capping the trade imbalance through balanced trade in a bilateral agreement. And he hasn’t done much about the IP theft.

It is mostly economic winds, coupled with some tariffs on imports, that have resulted in a trickle of jobs coming home. The companies making those moves are doing them for business reasons, not patriotic reasons. I wish patriotism would sell in the marketplace, but it just doesn’t.

WalMart , which once trumpeted “Made in America,” now has most of its stuff made overseas.

If the president really wants to add incentives for production in the states, he should listen to Buffet and then do what Wisconsin has done: remove the corporate tax on manufacturers. Or, more simply, do what most of the GOP candidates are proposing: drop the federal corporate tax rate to 25% or less to get in line with the rest of the world.

Dropping that rate would trigger a return of cash from foreign subsidiaries and raise immediate revenue for the federal government.

At a minimum, Mr. President, forget the rhetoric about the “tax break” fiction and don’t exaggerate the “re-shoring” of jobs from overseas.