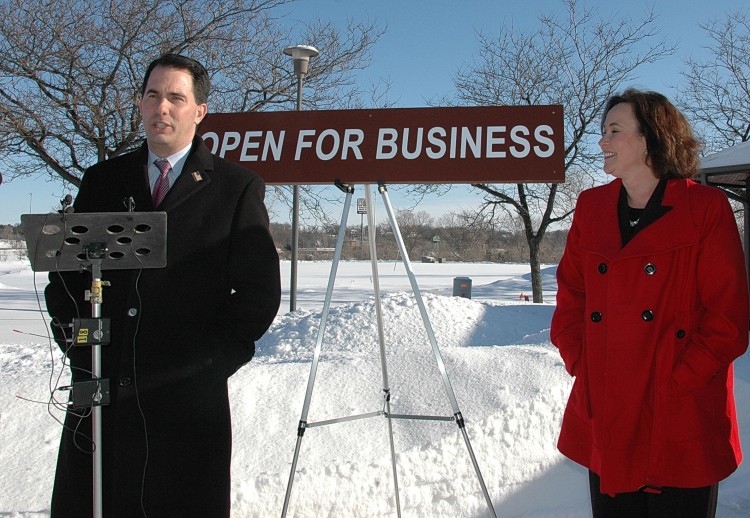 A little pre-game trash talk can liven up the scene – the 11-5 Chicago Bears still suck — but let’s face it, to win you still have to play the game.

As it plays out in sports, so it goes in politics, too. Last week’s flurry of jibes at our neighboring state of Illinois, which is dramatically raising personal and corporate income taxes, provided a lot of good fund. New Gov. Scott Walker became a media darling, because the media loves nothing better than a good fight, the more superficial the better.

It was pay-back for the signs on the Illinois border in the 1980s when their governor jeered: “Would the last business to leave Wisconsin please turn off the lights?”

So, now we’re going to do the billboard thing to them? Let us count the ways that doesn’t make much sense:

That said, the Walker team has created a new atmosphere for business, and an positive advertising campaign to proclaim our many virtues makes sense.

As anyone in the PR or advertising game knows, though, the message has to built on substance, I or it rings hollow.

Wisconsin has an economic strategy for the first time in its history, called the Wisconsin Prosperity Strategy. It was supported by most of the major stakeholders in the state. It is a strategy based on the enormous reservoir of innovation resources in our very smart state.
It calls for technology advancement, more capital and support for startup ventures, a more effective linkage between the academic R&D at our universities and the commercial world, fiscal sanity in Madison, a lean commission to streamline government, innovative approaches for broad access to health care at an affordable price and the attraction of our fair share of federal dollars.

All of the above will take some hard, serious work. It doesn’t need buckets of state spending to accomplish. It will take a willingness to reshape  our institutions to fit the global, innovation economy.

It is a game plan that can work.

I have a tentative bet with a friend. It’s $5 that Wisconsin won’t pull in three significant Illinois companies in the next three years. He’s a smart guy, so he hasn’t accepted the bet. Anyone else up for that bet?

Meanwhile, let’s start a fleet of new companies – the creators of jobs for the future – and let’s hug our market leading companies – the job deciders who create wealth and maintain our current job base.

And, one more thing: the Bears will always suck.