A couple of months back the smartest people in the country had no idea about the depth or length of the Coronavirus epidemic, nor about the recovery from crisis.

They are still mostly uncertain about the medical and economic outcomes, but we have learned a few hard truths. One scenario back then was the possibility of a V-shaped economic snap-back. That one is completely off the table. Each week that goes by brings hundreds of thousands of unemployment claims and more closings by major employers.

With Gov. Evers green light, Main Street stores are opening, and that’s encouraging. Also, some of the virus metrics are improving slightly, but they are a mixed bag. Hospitals are not being overrun as feared two months ago, but the number of cases and deaths has shown only minimal signs of tapering off. They apparently have gone favorable in China, but not here in convincing terms.

One major factor that has not been sufficiently taken into account is the runoff of the federal PPP loan forgiveness period. Companies can have their loans forgiven if they keep their employees on the payrolls, so they are doing so. But the expenses for forgiveness qualify for only eight weeks.

After the eight weeks are up, companies who got the loans will have to rationalize their work forces to their lower volumes of business. Only companies with very strong balance sheets can survive if they are carrying extra labor costs. Look for another round of terminations in late June and early July.

Congress could mitigate that further damage to the economy by extending the loan forgiveness, but it’s moving more slowly on the next coronavirus package. They may be too late to head off permanent terminations.

There is also the possible end to “share-the-pain” models for reducing labor hours to the level needed to match lower consumer demand. Furloughs without pay only works for so long. Then permanent cuts will be made.

While there is no uncertainty any more about a near-term get-out-of jail card, the current puzzle for managers is whether the economy will recover slowly in fits and starts or if there is going to be a tragic overall meltdown. There is huge uncertainty on which of those scenarios will prevail.

There is still a large majority of Americans who want to the governments to be cautious with reopening. They don’t want to go through a pandemic twice We need to listen to the wisdom of the crowds on that score. The gamblers willing to take big risks with human life and with consumer confidence are a loud, but small minority.

One vividly clear learning, you would think, is that healthy companies are the backbone of the country. With companies in a heap of trouble, some of them generations in the making, nothing works very well in America. 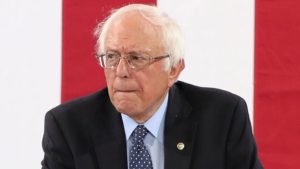 Sens. Sanders and Warren would never acknowledge that reality. The progressives see their role as regulating, taxing and controlling companies, not encouraging and supporting them. Bernie Sanders came to a timely end in the time frame of the Wisconsin presidential primary. That was even before the full impact of the virus catastrophe on American jobs.

Let’s hope Joe Biden and company run a campaign that puts wheels back on the economy by saving companies and jobs.

Business and employee taxes (from employer-paid wages) are the sole source of funds needed to pay for:

* The dramatically larger safety net to help the unemployed though this disaster.
* The cash flow to underpin the trillions of new national debt.
* The national defense at a time of great vulnerability.
* The need for massive research projects to find treatments and a vaccine.
* The extra health care costs to tend to those afflicted with the virus.
* The creation of a bank of deep prevention resources to head off the next epidemic.

The reality is that the economy can’t be fixed without containing the contagion, and the virus can’t be controlled effectively without healthy businesses up and running.