Will Kestrel fly high or low for taxpayers? 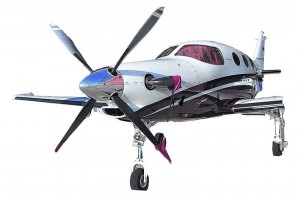 Wisconsin won, Maine lost in the bidding war to land the Kestrel Aircraft Corp. airplane plant and its potential 600 jobs. But did Wisconsin really win?

It depends on who’s counting and how they count.

The prize, a factory in job-starved Superior, Wisconsin that will produce single engine, carbon fiber, 6- to 8-seat turboprop planes, was won with a complicated, rich package of subsidies from federal, state and local government. In other words, the taxpayers at three levels made a large investment in this startup company.

If this were pure business investment, a prime measure of success would be return on investment (ROI). In ventures like the Kestrel deal, investors would be looking for at least a 20% annual return. That could be looked as a five year pay-back of the principal.

But this is a government “investment.” Will the taxpayers get their money back in five years? We need a new way of counting to figure that out. I call it Return of Taxes — ROT.

Let’s try out the ROT idea on the Kestrel deal. Here are the various forms of subsidies that the economic developers put on the table to top Maine’s bid:

At the high end, that’s $118 million in different forms of capital to lure Alan Klapmeir and Kestrel back to the Twin Cities. A number that large could only be raised by an entrepreneur like Klapmeir. He and his brother Dale started Cirrus Aircraft in Duluth in 1984. It had its ups and downs, but sold to a Chinese company for $210 million in 2011. He’s done it before.

Let’s assume a similar success for this new venture and all the loans get paid back, with interest, and that Kestrel’s property taxes pay back the TIF borrowings.
And, let’s look at the ROT for state taxpayers first. According to the company, the Kestrel jobs will pay $26 per hour. That seems reasonable, because Cirrus pays in that range. With some overtime, the Kestrel workers will bring home about $60,000 a year.

At the federal level, the tax rate for a $60,000 job is 25%. Each worker has deductions, but let’s be generous and assume each job generates $15,000 for the U.S. government.
The federal credits are most likely pegged to the number of jobs actually created. At 300 jobs and $30 million in credits, the subsidy is $100,000 per job. That means an ROT at the federal level of about seven years. Obviously, this is a ballpark analysis. The contracts surely contain performance requirements for the company to attain the credits. Just as obviously, all the numbers go out the window if the company isn’t successful. This analysis does not factor in corporate income taxes, but those probably will happen a good number of years down the road.

Most subsidies for recruiting companies in the Heartland have ranged between $40,000 per job and $60,000, with paybacks in the eight to twelve year time frame.
In that context, the Kestrel subsidy package doesn’t seem out of line. It’s a high risk proposition, but if this plane deals flies high, there will be a pay-off in new jobs and new taxes.
Another perspective, though, is that takes on average about $500,000 to start a new company from scratch. The state’s $18 million in state money could start many new companies if matched with private angel investments.

Alan Klapmeir said he and his investors have put “millions” into the Kestel startup. Great. A sincere welcome to Wisconsin. But it would be nice for taxpayers to know what that plural noun means — $2 million from investors, or $50 million, or what? We know what taxpayers are putting in.