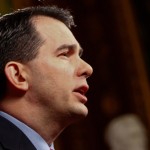 Eager for bona fide ways to create jobs, Republicans in Wisconsin are racing to match capital formation methods that have been launched up by other states in the Heartland like Ohio and Kansas.

Few states in the Midwest rank well when it comes to new business start-ups funded by venture capital, so states like Wisconsin are proposing to fill that void with public-private partnerships for early stage investments.

Gov. Scott Walker won with a campaign that promised 250,000 new jobs by the end of his first four-year term, but did little in his first four months in office that directly affects job creation.  Entrepreneurs, who create almost all net new jobs, were not bolstered by the GOP‘s initial round of business friendly changes.

The Republican-controlled Legislature passed a few token tax breaks for business, but they will have little effect on the job creation dynamic.  In truth, there’s not much politicians can do to create jobs in the private sector.  And, in fairness, Walker has succeeded in changing the psychological climate for business as a whole by tackling government spending and public sector unions.

Timing is pivotal in politics, and Gov. Walker has some wind at his back.  Manufacturing is slowly crawling its way out of the crater caused largely by gross financial mismanagement and greed in the power centers on the East Coast.  Through April, job totals increased smartly, ahead of the pace needed to hit Walker’s 250,000 goal.

It’s May, and Wisconsin Republican legislators are adding some real help for entrepreneurs.  They are fast-tracking a bill that would pull $400 million in funds into start-up and growth-stage investing in young companies.

About half the proposal calls for a $200 million fund-of-funds. It is backed up with some by state subsidies in the unlikely event that the chosen investment funds fail to provide a return.  Institutions with money to invest like that downside protection.

In turn, that über-fund would dole out the $200 million to smaller funds around the state.  Heretofore, most of the action on venture capital has been allotted to funds that operate in Dane County around the University of Wisconsin-Madison, one of the leading research institutions in the United States.  Legislators were urged by BizStarts Milwaukee to make sure the new funds are more evenly distributed across the state.

The second half of the GOP proposal is for an expensive and therefore controversial CAPCO mechanism.  Called the Jobs Now Fund, it would offer $200 million in tax credits for $250 million in funds raised by CAPCOs (certified capital companies).  Those organizations receive a heavy government subsidy for pulling insurance companies into the early-stage investment game.

Insurance companies end up with 80% credits on their investments, a substitute for interest rates, and their capital back at the end of the program. That gives them an above-average return with almost no risk.  CAPCO lobbyists and officers argue that the CAPCO mechanism is the only way to pull investment funds from insurance reserves.

Critics of CAPCOs across the country argue that subsidies to CAPCOs are grossly excessive.  The CAPCOs have little of their own capital in play and almost no risk. They keep most of the gains on the capital investments.

The specifics of how that contract between the CAPCOs and insurance companies work are unclear, because they are not part of the legislation.  Transparency is missing.

One slight improvement in the current version of the CAPCO legislation is that the state will get back 20% of the capital gains.

This split of the capital monies is an improvement over the first Wisconsin CAPCO program ten years ago.  Back then, insurance companies got 100% in tax credits, and the CAPCOs kept 100% of the gains on the investments.

If the 80%-80% allotment works today, and it’s still considered by critics to be excessive, think how remunerative the CAPCO program of 2000 was.

One way to avoid the criticism of excess profits going to the CAPCOs would be for the new state authority called for under the legislation to become, in effect, the CAPCO. It could offer the credits to insurance companies, raise the fund and then assign management of the assets to various venture funds in the state. The board of the authority would have to consist mainly of smart, non-political independent sector business people.  Rigorous audits must be part of the package.

Various estimates of the amount of early and growth-stage investment that could be absorbed in Wisconsin hover around the $50 million per year level.  The fund-of-funds would provide $200 million over four years, so that device appears to satisfy the demand for early-stage money.

The subsidy of the CAPCOs has to be looked at as an expensive economic development tool, for which the return to the state is mostly in the form of additional tax revenue.

For comparison sake, the total corporate income tax for the state last year was about equal to the proposed $200 million in CAPCO credits.

The fund-of-funds can be regarded as a more normal kind of investment, with the returns coming out of capital gains as the young companies grow and sell out.

Because the CAPCOs are so controversial, it is entirely possible that the Wisconsin proposal will be split.  The fund-of-funds part of the bill has proved to be relatively uncontroversial and looks to have clear sailing.  The outcome for the CAPCO piece is anything but clear, partly because the mechanism is so complex, expensive and opaque.

Whatever the outcome, the entrepreneurial ecosystem of Wisconsin will benefit from a quantum leap in funds available for startups and growth stage companies.