That rise comes despite his two-year trade war with China, a major conflict that has worked to the disadvantage of many sectors, such as soybean farmers in Wisconsin. They used to sell heavily to China — $12 billion in exports in 2018, second only to aircraft at $16 billion. As China retaliated to Trump’s tariffs on its exports, soybean sales to China have dropped sharply. 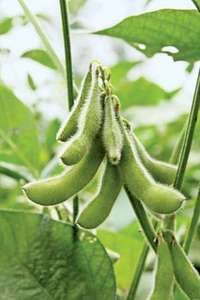 In short, the “Art of the Deal” has been missing in action in the last two years. The Trump rhetoric is heavy, as with his campaign speech in Green Bay recently where he spelled out the problem loudly, but the answers and results are largely absent.

It’s possible the Trump people have been laying the groundwork for an improved trade relationship. But, so far, the metrics are going the wrong way.

In frustration and looking bad, President Trump upped the ante in a Sunday tweet. He threatened to raise the 10% tariff on $200 billion of Chinese imports to 25%. His bluster was designed to put pressure on Chinese negotiators who are in Washington D.C. for more trade talk.

He also said he might slap the 25% tax on the rest of Chinese goods arriving on our shores. Trumpian turmoil ensued in the talks and in the financial markets.

Will bluster from the “the tariff man,’” as he calls himself, work? They are a blunt instrument. So far, so bad. Will the Chinese trade team be heading back to Beijing?

That raises the performance question. How are the other metrics working out for the Trump Administration?

The economy has tacked on two years onto the eight-year expansion during the Obama years. The Republican tax cut, which became the Trump tax cut, figures heavily into the added two years of good economy times. President Trump justifiably takes credit for the boom.

But I like to think the American people and business people had something to do with the recovery from the Great Recession. They sucked up the economic pain and kept plowing forward. It wasn’t a one-man band that created the boom. No question, though, that the president is its “Music Man.”

However you score, though, his foreign relation moves have been underwhelming. The imposition of tariffs on Mexican and Canadian steel and aluminum triggered counter-tariffs on American exports, and the revised NAFTA “deal” appears far from closed.

The president’s instincts to push for more balanced trade with China have proved politically astute, but, as his weekend tirade demonstrated, he and his team are nowhere near a comprehensive bilateral trade pact.

His dance with North Korean dictator Kim Jong Un has won few concessions to date, yet the president remains optimistic. “Deal will happen,” he tweeted Saturday. North Korea fired a barrage of missiles that same day.

His relations with Russia and President Putin are warm. But to what gain? At what price? The sovereignty of the Ukraine? Of the Baltic States?

It’s hard to score positive points for the president in terms of our standing around the world. The exception would be n of warmer relations with Israel.

On immigration, another foreign relations issue, it’s the president’s favorite and most polarizing issue. The facts are that is no deal in sight in Congress or with bordering countries. There is no wall or any other looming compromise that could break the national gridlock on immigration. There is no offer from Mexico to pay for the wall, and there never will be.

Meanwhile, our southern border has become almost unmanageable. The president is getting little help from our neighbors to the south, whom he has alienated.

All in all, his domestic economy scorecard is better than his foreign relations scorecard. And it doesn’t look like his tariff tactics are working.

He could improve his trade grade if he could artfully sell more soybeans to China. It’s a deal to increase exports to China that could work fast to re-balance our mutual trade.