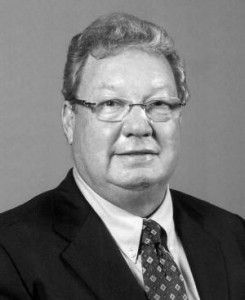 More on the gubernatorial out-sourcing brouhaha:

The Republican attacks on Mary Burke over the offshoring of jobs aren’t just about Mary Burke. There is no issue if Trek weren’t compelled to produce bicycles in China, Vietnam and other counties to stay competitive — like every other manufacturer of bikes.

The underlying issue, the major issue, is how American manufacturers, and service providers as well, deal with the global economy. We can wish the world economy hadn’t change from the 1950s and 1960s, when U.S. business was dominant in the aftermath of World War II. But we all know that would be delusional. The world economy is a far different place today, a far more competitive arena

Let’s chalk up the political point-making as opportunistic at best, cynical at worst and silly for sure. Take U.S. Sen. Tammy Baldwin’s Monday e-mail as an example. Sounding like Gov. Scott Walker on Burke, the Democratic senator called out-sourcing it “a slap in the face to our businesses, our workers, our taxpayers that big corporations get tax breaks for shipping jobs overseas.”

Baldwin is a smart person with law degree; she must know there are no such breaks. (I checked with our tax accountants to see if our company was missing those “breaks.” We aren’t, because there are none.) Further, Baldwin offers no solutions, even as she says a group of like-minded Democrats are trying “to do something about it.”

If you want to torture the language of business, you could make the case that lower tax rates in other countries are a “break” compared to the sky-high 34% corporate rate paid here to the federal government. Most countries have dropped their rates into the teens.

Wouldn’t the logical response from the politicos be to drop the U.S. corporate rate?

Walker has done a dollop of that by dropping the top personal income tax rate in Wisconsin from 7.75% to 7.65%. That reduction helps most of the state’s companies that are organized as pass-through entities, of which Trek is one. (Note to Walker campaign staff: Trek does pay corporate taxes; they pay them at the owner level, not the corporate level. That’s the case for a large majority of state firms.)

Walker also helped by signing a phase-out of the state’s corporate tax for manufacturing and agri-business. Baldwin and her friends ought to follow suit. The combination of high federal and high state corporate income taxes is a crippler for American businesses trying to compete with overseas companies.

Instead of ideologically bashing companies that are “inverting” – moving their headquarters to low rate countries – President Obama should get pragmatic, not his strength, and follow suit as well. Cut the federal rate to at least 25%. Isn’t one-quarter of business earnings enough?

The bigger point, though, is that American companies have an imperative to be global players to survive. Let’s take the example of Ashley Furniture Industries in Arcadia, Wisconsin.

From small company beginnings, Ron Wanek got Ashley rocking and rolling in the 1970s. An early move was to take his management team to China to show them the new realities of global business. The Waneks are very private, but he was quoted in a North Carolina newspaper recently when he presided over a plant expansion there. He said, “When I took our executives over to show them what we were up against, they became physically sick. “

His answer was to adapt. Ashley off-shored components to Asia, including Taiwan, but still did much of the assembly of the upholstered furniture in Arcadia. It’s hard to ship bulky furniture. The combination worked, and Ashley was off to the races.

Today it is, by one account, a $4 billion business with as many as 20,000 employes. It vertically integrated by opening more than 500 retail stores in 123 countries. It reportedly does 40% of its production in China and Vietnam, but 60% here. Gov. Walker visited Whitehall, Wisconsin in March to celebrate the expansion of an Ashley plant there that added 300 jobs.

Politicos from either side of the aisle could decry the 40% that Ashley finds necessary to import. They could pass laws or imposes tariffs or other tax penalties to prevent the offshoring of jobs by Ashley – or Trek – but that would be self-defeating for Wisconsin to say the least. We have a big chunk of Ashley’s 20,000 employes here. We should take that 60-40 trade-off all day, every day.

Without a competitive cost structure, businesses don’t grow and they could go down. Don’t tell me it can’t happen. I have written the obituaries on a good number of good companies that didn’t adapt to the new world economy. Darwin didn’t say the fittest species survived; he said the most adaptable survived. That applies in business.

Logic says that you can’t bash imports (another word for out-sourcing or off-shoring) if you are at the same time applauding exports. One country’s exports are another country’s imports.

At the very least, the politicians should look at the trade balance of a company before whacking it. Are they exporting more than importing? Are they growing jobs here? If so, aren’t their owners the good guys?