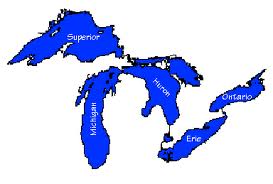 It was typical Tommy, going for the big idea when most politicians are playing small ball.

Former Wisconsin Gov.Tommy Thompson stood on the downtown shore of Lake Michigan last week and called for a new National Institute of Freshwater Science and Technology in Milwaukee.

He is one of four Republican candidates running for the U.S. Senate this fall, so his leadership had an obvious political purpose: to position the former four-term governor and Bush cabinet secretary as an innovator, as a mover and shaker.

His press conferences got little media coverage because editors probably applied a politics discount. How could it be a good idea if it came up during a campaign?

But, politics aside, this was pure Tommy. He is a leaderly guy and an innovator, by nature. He is one of the few politicians who can come up with original solutions.

Further, politics aside again, a powerful fresh water institute is an important concept. Polluted and scarce water supplies cause illnesses, deaths and even wars around the world. Dealing with water is one of the planet’s most compelling challenges.

Further, politics side, the Great Lakes are badly in need of a center for integrating knowledge and leadership on a number of fronts:

Many organizations, all well intended, have an oar in Great Lakes dynamics. But those efforts are highly fragmented. A map of the entities with as stake in the health of the five lakes looks like a bowl of spaghetti.

Remember, also, politics aside, that the concept for such an institute preceded Thompson’s involvement. It came from the Milwaukee Water Council, which is doing the real work of creating a hub of knowledge and commerce around fresh water resources. No other political leader has championed the idea.

Milwaukee and Wisconsin deserve to be the locations of such an institute.

Wisconsin always ranks near the bottom of our share of federal funds. Our congressional delegation has been filled for decades with spending purists. Only one other national institute, the Forest Products Laboratory in Madison, resides here. It’s our turn. Wisconsin Democrats and Republicans in Congress should agree with that point.

Milwaukee and Wisconsin have built the surrounding network of sources to make a new institute a success. We have 150 private companies in the water business, and they can be great strategic partners in bringing water break-throughs to real world applications.

We have a new Ph.D. granting School of Fresh Water Sciences, set to break ground June 6. It will supply talent to the knowledge hub.

We already have the Water Institute and a research ship. Some of its dozen or so scientists work for federal agencies. They would be absorbed into a larger federal institute.

Thompson, ever a conservative despite kvetching to the contrary, maintains no extra federal dollars would needed. Just consolidate existing programs in Milwaukee, he says.

And we would have Tommy, too, if he makes it to the senate. Other political leaders and candidates for the senate are welcome to get on board the fast moving water initiative as well.

It doesn’t matter what party they’re from.