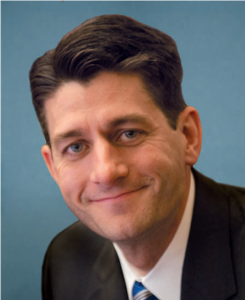 Paul Ryan: Speaker of the United States House of Representatives

In their rush to repeal and replace Obamacare, Paul Ryan’s Republicans in the House essentially punted.

They had seven years while vehemently opposing the Affordable Care Act (ACA), which played out as the unaffordable Care Act, to craft with an elegant plan for governing the health care industry – nearly one-fifth of the U.S. economy. Instead they made least-wurst sausage.

The Speaker Ryan (R-Wis) knows a lot about health care economics, so President Trump (not so much) has made him the head sausage maker. There are a lot of ingredients in his politically expedient House plan, none of them very bold.

They kept politically popular elements of the plan: coverage of young adults on parents’ plans and pre-existing conditions, both of which drive insurance costs up. They got rid of a politically unpopular element of ACA, the individual mandate, which will drive costs up as young health people leave the insurance pools.
They kicked the Medicaid expansion issue down the road.

They ducked the fiscal note on how much their plan is going to cost above or below ACA.

They substituted tax credits for the Obamacare subsidies, but they are kissing cousins of one another. The legitimate worry on the part of some House Republicans, including Rep. Glenn Grothman (R-Wis), is that the credits were set so high that private employers will dump their health plans and put their employers onto the insurance market for single policies.
It costs around $6,000 to provide care for an average American employed in the private sector. With the average tax credit set at about $3000, the temptation for employers to get out of the health will be high.

Time will tell how many employers actually bail on the health care benefit. But if they do bail in large numbers, it is not a good thing for the country, because the private payers are the real reformers who are bringing down health costs. Insurance companies are not reformers; they are middle men.
Note: rising health costs are the real elephant in the room (pun intended). They continue to inflate at double the general inflation rate in the country.

There is also a huge risk, because some 150 million Americans now get their health care through their employers’ plans. What if the private markets don’t work well, if health care insurers don’t step up?

Unfortunately, private companies, who pay every dollar for the nation’s healthcare bill, either through their own health plans or through taxes at the company or employee level, have not been major participants in the national discourse on health care. Most of political debate has been about insurance reform, but since private companies mostly self-insure, so they are not in the game of insurance policies any more.

What else will be lost if employers bail? Private employers have increasingly set up medical homes for their people. They have become very serious about proactive primary care that keeps their work forces healthy and out of expensive and dangerous hospitals. IBM, for example, requires medical homes in any health plan they contract for.
Costs drop 20% to 30% with proactive primary care, as QuadGraphics of Wisconsin has proved over 26 years.

Private payers have learned that incentives and disincentives have to be right for every consumer of care. That means high deductibles and co-insurance, offset by some kind of savings plan. Health Savings Accounts, a Republican invention, work fine for people paying taxes, because they are triply tax-advantaged. But they don’t work well for roughly half of the population that doesn’t pay taxes. That uneven playing field needs to get fixed.

The Republicans have missed an opportunity to establish real transparency on the price of care. Prices vary 400% in the present busted business model. There is a silver bullet for Mr. Ryan. He could amend the bill to mandate that health plans offer bundled prices. That means one, fixed price for any standard procedure. Bingo: instant clarity. Anyone can understand $26,000 for a joint replacement or $3,000 for a colonoscopy. No one can understand today’s inscrutable medical bills.

Speaker Ryan and the GOP could have learned many lessons from private employers. He could still solve many more of the issues facing America healthcare with amendments. He and, by extension, President Trump, will not get much applause for booting a long punt.