Someone has to convince me that bigger is better in health care. The Big Five health insurers are flirting with mergers that could result in the Big Three. And health systems have aligned themselves with former competitors. In Wisconsin, that means two big provider networks, one centered on Aurora Health and the other on Froedtert Health and the Medical College of Wisconsin.

The big insurance and provider players always make the noises that consolidation will lead to greater efficiencies, integration of care and therefore better value for consumers. But there is scant evidence to prove that proposition.

The executives in the larger systems do land larger pay packages, so some of the merge fever starts there.

My proposition is that the big players, who control almost 20% of the U.S. economy, ought to worry more about getting better than getting bigger.

Big corporations are seldom known for innovation or nimble operations. Any student of change management knows it is much more difficult to change the course of a battle ship than a destroyer.

Let’s look at some of the ways the big boys have failed at a basic level to change the dynamics of health care delivery:

• Prices in health care are still chaotic. There has been some moderation in recent years, but prices for procedures still vary by 300% to 400%, even within the same big systems. Three percent is a lot in other industries. One would think the Big Five insurers, the brokers for payments, would have brought that under control.

• Prices are still largely opaque for consumers. That is changing as private payers demand fixed prices for procedures and as entrepreneurs bring price transparency tools to the marketplace.

• Inflation in health care is still more than double the general rate of inflation in the country.

• Infections are still a glaring problem at most hospitals.

• Some 40 million Americans, even after Obamacare, are still without coverage. That’s mainly because they can’t afford coverage, even under the new exchanges. Prices are too high.

• Private sector employers have been forced to take over primary care to deliver the kind of proactive medicine that keeps people out of hospitals. Many have created on-site medical homes for their employees. It’s a new business model, a new form of competition for the big systems.

So, here’s the question in an example: How does the acquisition of a medical system in Rockford, Illinois help the UW Health in Madison become better, when they already had a strategic alliance for high-end specialty cases? It’s hard to see how that expansion serves Wisconsin consumers and taxpayers.

There is a way for health systems to get better; they can adopt the lean disciplines that have transformed manufacturing. Those disciplines remove waste and defects so that you can now drive a car 200,000 miles and buy a dishwasher for about the same price in real dollars as you did 20 yeas ago.

Those same disciplines helped drive out almost all the infections in the operating rooms at Appleton Memorial Hospital. That’s a very big deal. 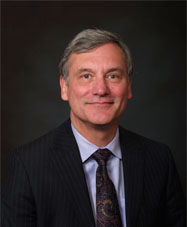 John Toussaint, a doctor and former CEO of ThedaCare, the parent of Appleton Memorial, has just published his third book, “Management on the Mend,” on how engagement of employees in lean methods can transform the industry. He gives all hospital systems the blueprint.
A select few have followed this pioneer’s lead, such as Cleveland Clinic and Gunderson Health in LaCrosse, but most are paying the lean movement lip service.

It has been an uphill battle, often because the large health care systems have a hard time moving from the status quo. They are often too busy getting bigger.

Said Toussaint of the magnitude of the challenge to get better in his new book: “The debate over whether the nation has a sustainable healthcare system is over. Decades of rising costs and poor quality proved it has not.”

In manufacturing, going lean is a matter of survival against global competitors. Do what Toyota learned more than 30 years ago and still practices or go out of business.

Note the word competition. Most of health care is delivered in a monopoly, duopoly or triopoly environments. There is some fight for market share. But if they consolidate further, what will drive them to improve? If they align, will they be talking prices (never lower) in a collusive manner in the back rooms?

It won’t be tweaks in the payment system by Medicare that transform health care; its bonuses and penalties for poor care will help, but is the threat of losing business that really motivates corporations, for-profit or non-profit, to make fundamental changes.

Like hospitals and insurers, and most companies we do continuing internal reform at Serigraph, but when a customer demands we jump, we jump as high as they tell us to jump. Our printing lean room isn’t clean enough, says a customer, and we are in there with tooth brushes, the best air filters, lint free uniforms.

As for our vendors, Serigraph moves business to the high-value shops, including health care operations that offer the best combination of quality, price and service.

We also move business to the health insurers that have done the most innovation. We have moved business among three of the Big Five as they have changed their value propositions. If there are two less, the competition for our business will surely drop.

Put me down as an opponent of further consolidation in the health care sector, except when a big system needs to take over a failing smaller system, as happened in West Bend when St. Joseph’s Community Hospital loaded itself with debt and had to be bailed out.

Most everything about Obamacare drives toward bigger systems – Affordable Care Organizations being the best example. No one knows just what they are, and it’s hard to see tangible benefits.

Despite that instinct toward bigness, it is good to see the Obama Administration’s antitrust lawyers taking a hard look at the urge-to-merge in health care. The burden of proof that bigger is better ought to be a high bar.