Evers has Chance to Stimulate Startups

The Evers administration is in a position to provide massive help to the businesses in Wisconsin that have been set back by the COVID epidemic. The governor will have $3.2 billion in new dollars from the American Rescue Plan passed by the Democratic congress and signed by President Biden.

That’s a lot of unrestricted money. The governor has resisted legislative oversight of those funds, so it’s most likely he will be calling the shots.

There are any number of ways to stimulate the economy, and the governor’s administration is not long on business acumen. They are mainly experienced in the management of government programs. Therefore, the governor will want to pick the brains of the smartest business leaders and most pragmatic economists on where to spend the federal dollars.

A good example of fuzzy policy is the Evers proposal for a new “fund-of-funds” to the tune of almost $100 million of state money. It is a half-baked concept at this point, but it does show that the governor has some interest in stimulating startups in the state.

It is now pretty much conventional wisdom that new companies are responsible for most of the net gain in jobs, while established companies try to reduce head counts by consolidating, streamlining, reorganizing or leaning down their operations.

The Wisconsin Technology Council ran a webinar last week on the fund-of-funds proposal. The broad consensus was that Wisconsin has made progress on building an entrepreneurial ecosystem, but still lags its neighboring Midwestern states on that score. 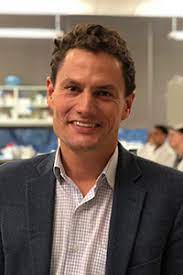 Sam Rikkers (pictured left), deputy director of the Wisconsin Economic Development Corporation (WEDC), said there is demand in the pipeline for more early stage money. The demand is there,” he said.

Yet, the proposed fund-of-funds concept is far from a done deal. It has to pass both houses of the legislature that are controlled by Republicans. Even though the GOP is generally pro-business, its leaders are generally opposed to whatever Gov. Evers proposes. Rep. Mike Kuglitsch R-New Berlin, a panel member at the webinar, said its chances in the legislature “are probably not great.”

He pointed out that Wisconsin already has a small fund-of-funds. The Badger Fund of 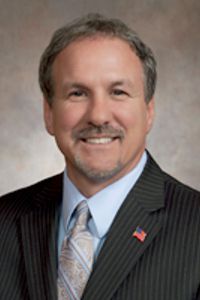 Funds was created in 2014 and has been relatively invisible since. Kuglitsch (pictured right) questioned if the state needed two such entities.

For openers, the WEDC will need to do extensive due diligence on the prospects for a larger fund-of-funds. The state should do a complete evaluation of the results from the existing  Badger Fund of Funds, including a rundown on how the it is faring with each of its sub-funds.

There are several other avenues for stimulating startups. Wisconsin’s Act 255 gives a 25% investment credit to investors in qualified startups. That has proved enormously effective in bringing individual angel investors into the startup game.

Former Rep. Rob Hutton of Elm Grove has proposed raising the tax credits from 25% to 40%. He is onto something.

The advantages of the Act 255 credits are many:

Another avenue for some of the newfound money would be to inject it into existing venture funds. (Disclosure: I am a general partner in a small Wisconsin fund). The managers of the existing funds have the best line of sight on where additional investments would produce the best returns. And they could put the money out efficiently versus going to the labyrinth and gymnastics of creating a new fund. It would take a couple of years to raise the $200 million match and get the new funds up and operating.

The biggest gap in the Wisconsin venture capital structure is in the companies that are “pre-VC.” Those are the companies that do not have enough revenues to interest the venture capitalists, but some have $1 to $2 million in revenues and they have an “MVP.” (minimally viable product). That means they have a business concept that has been proven by actually landing real customers.

Wisconsin has come a long way in the last 25 years in becoming a welcoming place for entrepreneurship. UW-Milwaukee, for example, is alive with new patents, licenses, some promising startups and rigorous mentoring programs.

Its Lubar Entrepreneurship Center is bustling with activity. UWM is becoming known as an “E university.”

Some of Evers unrestricted funds could be used to fund such entrepreneurial support systems across the state.

Long and short, the Evers administration needs to tap the hard-won knowledge about startups gained by investors on the front lines over the last two decades since the Wisconsin Economic Summits of 2001-2003.

That is when the need to jump start the Wisconsin economy through venture capital was brought to center stage by UW president Katherine Lyall and her many advisors in economic sectors across the state.