Now that Wisconsin faces at least four years of partisan gridlock, as evidenced by the rocky transition from Republican Scott Walker to Democrat Tony Evers, how can we get big issues revsolved for the state?

An answer might be found in a greater use of direct democracy, namely the referendum. Let the citizens decide the big intractable tax issues. That’s what Colorado does under its TABOR rules (Taxpayer Bill of Rights). And that’s what we wisely do here in Wisconsin with referenda on school district spending.

Wisconsin caps revenue increases for local schools, but allows citizens to vote to override the caps and tax themselves for higher spending for K-12 education.

In 2018, there have been an all-time record number of referenda in school districts, and 90% passed. At more than $2 billion in added spending, that is a remarkable expression of support for greater investment in the education our children.

The two biggest dollar amounts approved were Middleton-Cross Plans at $144 million and Wauwatosa at $125 million. The Wauwatosa decision will add $470 in property taxes for a $250,000 house there.

Ironically, some Republican legislators, who purport to believe in local control, have found fault with the results of the successful referenda. In their fervor for ever-lower taxes, they are willing to assert their wisdom over that of local voters. They would limit direct democracy in the school districts by using the top-down power of the state.

That resistance to referenda would have to be overcome, but there are major issues that lend themselves to a citizen vote. Point In case: Evers and the Republican leaders in the legislature have kept the door open to an increase in the state’s gasoline tax for more investment in road building.

Out-going Gov. Scott Walker was always squarely opposed to any tax increase, and that included the gas tax. But even he left the door open a crack by saying any gas tax increase, if it hit his desk, would have to be offset by an equivalent spending and/or tax cut elsewhere.

Former GOP Gov. Thompson recently called for some kind of compromise between Evers and the GOP on behalf of more road construction.

Note: Wisconsin ranks 30th in per driver taxes at $449. We are below average on road spending.
To avoid gridlock on this major issue, there is a way forward. Evers and the GOP could compromise to create a binding vote on a gas tax hike. Let the people decide if they want to tack another nickel or dime on the current 32.9 cents per gallon tax. The current tax is about average across the states.

Let the people also decide if they want to go back to indexing the gas tax to inflation, like it was before the Republicans ended indexing in 2005.

In the education arena, Wisconsin, with its strong Germanic heritage, has always invested heavily. It is 13th in the country in per capita investment in higher education and about middle of the pack on K-12 education at $11,375 per student. 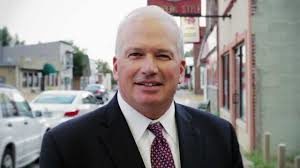 Those levels of investment, coupled with a lagging economic growth rate, put Wisconsin in the top ten for state and local taxes as a percentage of household income. It held that dubious distinction for decades.

Evers’ campaigned on sharply increasing K-12 spending. That promise was central to his winning campaign, and his known position on that issue induced Walker to try to pre-empt that issue with a big K-12 increase in his last budget.

Again, if common ground in Evers first budget can’t be found on the right level of K-12 investment, let the again people decide in a referendum.

The same line of thinking applies to government support for the University of Wisconsin System. With the exception of UW – Madison, the 25 other campuses have been strapped for cash under the last two governors. Tuition has been frozen, enrollments have declined as the number of 18-year-olds has dropped and state support as a percentage of UW budgets has plummeted.

In Colorado, issues of import have routinely been resolved by plebiscites. For example, Coloradans decriminalized marijuana in 2012 and earmarked taxes on pot for schools, prisons and drug education.

Analysts of all stripes agree that Americans in general have grown weary and frustrated with the sound-bite partisanship that has come to prevail in the country’s politics.

Trust in the system could be restored if statewide votes established major policy along the lines of what most people want. Let a majority rule, versus rule by partisan factions in either party.