Self-insured employers have been fighting the good fight against runaway health costs for their companies and for their workers for decades, without much help from state and national politicians. But a ray of sunshine has emerged: the courts.

A cause-driven law firm, Fairmark Law, has filed a federal class-action law suit in Wisconsin on behalf of self-insured employers and their employees against one of the state’s biggest hospital conglomerates, Advocate Aurora Health. The firm is charging monopolization and price gouging. The David versus Goliath suit was filed in the name of a small company, Uriel Pharmacy based in East Troy, Wisconsin.

A similar action a decade ago in northern California against Sutter Health yielded damages of $575 million. More importantly, it will probably put a brake on irresponsible year-in-year-out steep price increases well above prevailing levels of general inflation.

The Medical Industrial Complex (MIC) of big hospital corporations and giant health care insurers has increased its rates close to 8% per year over the last two decades. That gouging has had the cumulative effect of raising the cost of care for a family of four to $22,000 to $30,000, depending on which consultant is keeping score.

It has also driven the health care sector to nearly 20% of the U.S. economy, chewing up dollars that could be spent on other priorities, like education, Covid prevention and readiness, R & D, infrastructure and military preparedness.

In contrast, the most astutely managed company health plans have limited inflation to 2% to 3% per year. Total costs for a family can run $12,000 to $14,000 per year. That’s still expensive, but not outrageously so. (Note: The pure medical side of American health can be exemplary.)

That massive cost discrepancy is at the heart of the Fairmark case against Advocate Aurora.

Not so incidentally, high medical prices have little to do with the quality of care. Just the opposite is true in well-managed shops that eliminate costly defects and bloated C-Suite salaries.

At the ground level, companies have fought guerilla warfare to fend off the hyperinflation that is bankrupting American families and damaging the health of many companies. They have developed a better model for the delivery of health care, starting with proactive on-site primary care to direct contracting at top quality clinics for complex care for fixed, all-in, transparent prices. 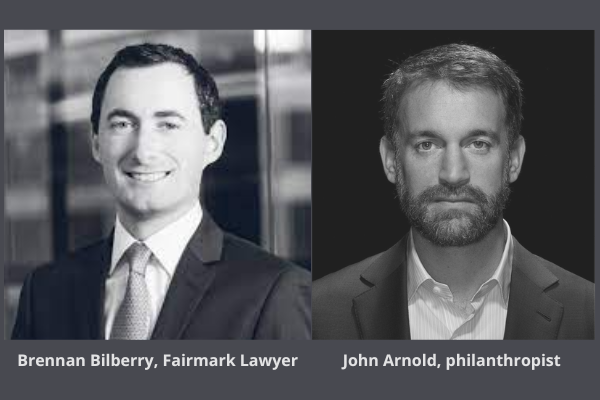 Anti-trust suits can be long and expensive, too much for any one company to afford. But Fairmark is there for the long haul since it has the backing of energy billionaire John Arnold and his public interest philanthropic corporation. The law firm has filed similar law suits in Connecticut and North Carolina. More suits are anticipated in other states.

Fairmark looks at the courts as one way to overcome anti-competitive contracting and imbalance of power between smaller payers and the Medical Industrial Complex.

Its Wisconsin case will be buttressed by a recent Rand Corp. analysis that ranks the state 4th highest in the country in comparison to Medicare payments. Our hospitals charge private companies three times what they pay Medicare.

Further, consolidations have been rampant, and they have proven to raise prices sharply through more market power. Nor do the mergers improve health care quality, despite claims to the contrary.

Advocate Aurora Health has a monster merger in the works with Atrium Health of North Carolina. It’s hard to see any operating synergies between those two distant operations.

But the combination would gain leverage for higher prices with the nation’s largest health insurers.

Of course, the main driver of deals is that executives in the C-Suites of both merger partners gain much larger pay and retirement packages. Their pay is already outrageous, especially since these are supposedly non-profit corporations.

Gunderson Health System of La Crosse and Bellin Health of Green Bay are also working on a merger. They are already high-level performers in their regions as independents. Why merge?

This entry was posted in Health Care Costs, Value Healthcare. Bookmark the permalink.